Fez- An armed group targeted the Moroccan consulate in Tripoli, Libya on Tuesday. 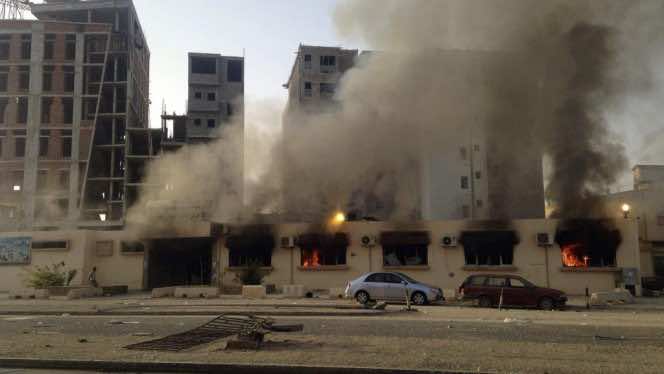 Fez- An armed group targeted the Moroccan consulate in Tripoli, Libya on Tuesday.

The consulate was reportedly caught in the crossfire between rival Libyan armed factions, but no casualties were reported. The premises were affected by rockets, which caused fires at the edges area of the Moroccan consulate, according to Moroccan news outlet Le360.

The same source added that armed groups intruded the Moroccan consulate in Tripoli two days before the attack, and that fighters went over the wall and opened the doors of the consulate.

At the time of writing the Moroccan Ministry of Foreign Affairs has still not issued any statement to confirm or deny the incident.

Libya is now facing the worst armed violence since the fall of Colonel Gadhafi in 2011. Several foreign embassies have been targets of militia groups fighting for territory and power and taking large swathes of land from the government.