Rabat - Amid the ongoing battle between militias in Libya, several Moroccans have been trapped in Misrata airport because Tunisia canceled flights to or from Libya on Thursday for security and safety reasons. 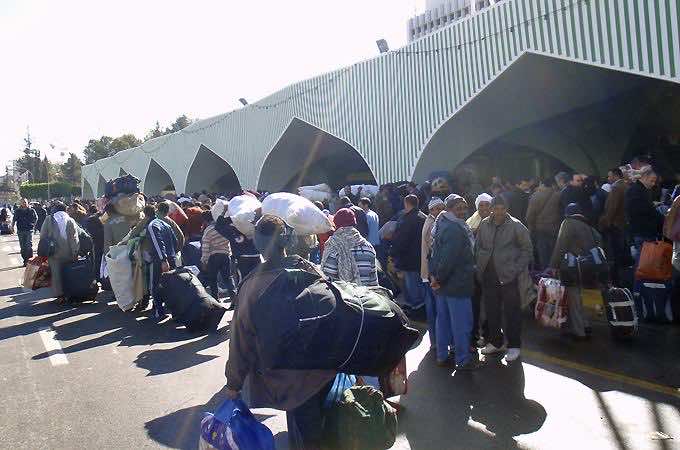 By
Aziz Allilou
-
Aziz Allilou is a student at the Higher Institute of Media and Communications (ISIC) and Morocco World News correspondent in Rabat.
Aug 22, 2014
Spread the love

Rabat – Amid the ongoing battle between militias in Libya, several Moroccans have been trapped in Misrata airport because Tunisia canceled flights to or from Libya on Thursday for security and safety reasons.

Alyaoum 24 quoted a source as saying that over 140 Moroccans are still trapped in Misrata airport.

They are waiting hopefully for a Tunisian flight to carry them away from the hell of conflict in Libya and land them in their motherland’s airport.

“All of them have already booked a ticket from Misrata airport toward Tunisia and from Tunisia to Casablanca airport. However, now they are surprised and frightened to know that their flights have been canceled by the Tunisian authorities for safety reasons,” the source said.

According to the same source, the Moroccans stuck in Misrata airport have only two choices. “The first is waiting for the Moroccan authorities to allow flights from Misrata to Morocco, and the second is waiting for Tunisian aircraft to resume their flights to Libya.”

“Most Moroccans will wait for the Tunisian flights, since they can’t afford to purchase a new ticket to Morocco,” the source added.

On Thursday, the Tunisian ministry of transportation decided to indefinitely suspend all flights from three Libyan cities of Mitiga, Misrata, and Sirte. Tunisian officials who spoke to the local media cited security and safety reasons for the decision.