Rabat  -  Qatar granted Morocco a donation of USD 136 million to fund two agricultural projects in the Ouezzane province (north) and in the regions of Sous Massa Derâa and Guelmim-Es Smara (south). 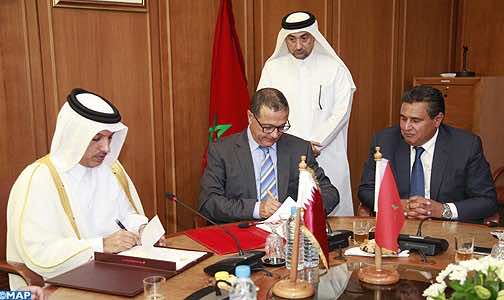 Rabat  –  Qatar granted Morocco a donation of USD 136 million to fund two agricultural projects in the Ouezzane province (north) and in the regions of Sous Massa Derâa and Guelmim-Es Smara (south).

The first project concerns the irrigation of the Asjen zone in Ouezzane while the second one aims at organizing transhumance in the semi-Saharan and Saharan zones of Sous Massa Derâa and Guelmim Es-Smara.

The donation was the subject of an agreement signed Monday in Rabat by minister of Economy and finance Mohammed Boussaid and his Qatari counterpart Ali Sheriff Al Emadi.