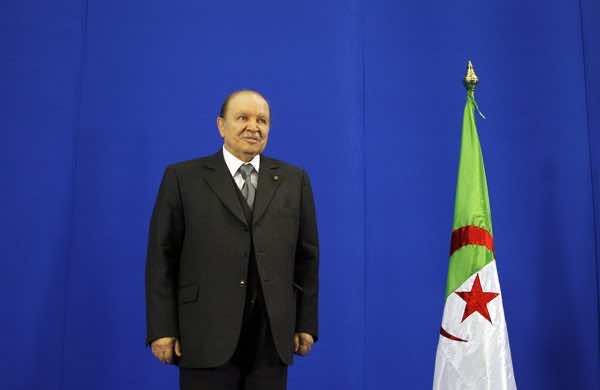 San Francisco – Let’s assume that Mr. Bouteflika, the four-term Algerian president, still has the capacity to preside over a country that is closed to the outside world in terms of how the country is governed. He made the following statement on the 20th of August, the Day of Mujahid. It was read on his behalf by one of his ministers. Also note that August 20 is also the King and the people’s Revolution Day in Morocco, one of the many things Morocco and Algeria have in common.

“August 20 is a pledge of brotherhood and solidarity between the Moroccan and Algerian peoples. This date is common to both peoples, and illustrates a common destiny in all circumstances, and calls upon us not to make of trivialities ordinary days.”

“Algeria will continue its efforts to stop the hegemony, the bloodshed, and the dismantling of regimes since the stability and security of our country is dependent on the stability of our neighborhood.”

Isn’t the unfulfilled and far-reaching goal of Bouteflika and his military clans to bring Morocco to its knees and overthrow the monarchy?

Isn’t his military clan the instigator of the bloodshed that murdered 250,000 Algerians when the government interfered with the electoral process using heavy military?

Isn’t their real goal is to achieve the exact opposite of what they preach and destabilize Morocco?

The overwhelming majority of Algerian media, including the so-called independent outlets, are hoping Moroccan fighters stationed in Syria and Iraq to return to Morocco and terrorize the kingdom. They have claimed that thousands of Moroccans fighting in the Middle East are ready to accomplish the Algerian military dream to topple the king, even though they hate the idea of an Islamist State right at their borders.

The Algerian regime, headed by president Bouteflika, is fully aware that if a war breaks out in Morocco, there will be no winner, and all of North Africa will burn to the ground. They have seen what happened during the Iran-Iraq War and they are not going to repeat the same mistake. Instead, they prefer some other outside force to do what they have failed to accomplish.

Their wishful thinking to have others do their dirty work has not been successful either. Algeria’s creation and financing of the Polisario Front hasn’t borne any fruit. They hold a wild hope for serendipity, that fighters from the Islamic State will infiltrate Morocco. Just read their media, and you will soon realize that they are seriously hoping to see Morocco at the mercy of terrorism. Only this time, they will be the ones in the front seat watching Morocco crumble.

The “human rights card” has not and will not work. They have tried to force the UN to deviate from their assigned mission to uphold the ceasefire between Morocco and Polisario. They have tried very hard to force Morocco to accept an African Union envoy to meddle in Moroccan internal affairs. They have tried to blame their people’s addiction to Moroccan cannabis by ridiculously stating that drugs are Morocco’s new weapon of choice to kill the Algerian people, oblivious to the fact that the drug problem needs to be fought on both sides of the borders. Moroccans are also getting swamped with extremely dangerous hallucinating drugs made and sold by Algerian dealers.

In the same massage, Bouteflika could not resist to “blow hot and cold air” and he said:

“It goes without saying that just causes always win, despite the disinformation campaigns and falsification regarding self-determination.”

Clearly alluding to Morocco’s interpretation of self-determination, which does not necessarily mean full independence.

Let us remind Mr. Bouteflika of that bright and sunny day in 2002, when he suggested to Mr. James Baker, the UN envoy, his wish to divide the Sahara. Why wasn’t he so stringent about independence then?

I truly feel sorry for those Moroccans and Algerians, including myself, who daydream about that day where borders between Morocco and Algeria will magically disappear, and we will be one indivisible people. That day is extremely far away. If you look closer, there are thousands of Bouteflikas in Algeria ready to take over and continue with his unwavering vendetta. I am afraid there is no light at the end of the tunnel. Instead, there is a train coming.