Marrakech - Jim Fletcher is a Tourism Economist and Financial Analyst with over 30 years of experience working in the tourism and hospitality sectors, including in Morocco. In 2010, he and his family visited Morocco and stayed longer than they expected because of an eruption of the Icelandic volcano and its resulting ash.

Marrakech – Jim Fletcher is a Tourism Economist and Financial Analyst with over 30 years of experience working in the tourism and hospitality sectors, including in Morocco. In 2010, he and his family visited Morocco and stayed longer than they expected because of an eruption of the Icelandic volcano and its resulting ash. 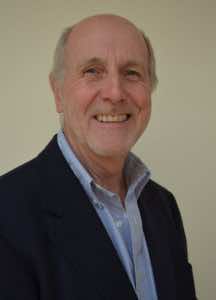 By chance, our 2010 trip followed a similar route to the one we took on 1976, as far as Marrakech at any rate. However, we spent more time around Fez (Meknes and Volubilis) and took a camel ride into the desert, and spent the night in a desert camp near Merzouga. We stayed in Todra Gorge, we stayed and trekked in the Mgoun Valley and the Valley of the Roses, we spent an overnight opposite Ait Benhaddou before passing through Ouarzazate, on to Marrakech, Essaouira, then back to Marrakech and home. This time we were 8 adults and 9 children (four families, three British and one from California). Last time, we were just three 26-year-old school friends.

The labyrinthine medieval alleyscape of Fez, with its heady accompaniment of the sights, sounds, and smells of a bustling, jostling, working town, is imprinted in my mind. It was wonderful to recapture that memory, as well as see the excitement and enjoyment amongst all the first time visitors in our party (until, of course, we reached the tanneries!). The powerful and distinctive smells of this district were not immediately apparent; perhaps because of the direction of our approach and our passage through corridors and narrow, staircases which led higher and higher before. Just after the unexpected gift of a sprig of mint, we broke through onto an opensided leather bag and baggage gallery, which overlooked the multi-coloured honeycomb of vats and their scantily clad attendants. The view is irresistible, the scene is timeless, the scent is nauseous and the mint is addictive. Fez in a microcosm.

We travelled back in time to Roman Volubilis and experienced the antithesis of Fes-el-Bali: a streetscape largely made up of roads and foundations (and many impressive floor mosaics), rolling across an elevated site leading to an open green plain turned lush by winter and spring rains. Romans this far south in North Africa, and settling on this scale was impressive, and a surprise to everyone as much as were the storks nesting contentedly, if messily, upon several of the erect Roman columns.

We stayed just the one night in Marrakech before heading off to Essaouira for two nights but a guided tour of the Medina was arranged for the morning which would help orient us for a final visit to the souks after returning from the coast for the final night before flying home.

By now we were all well aware of the threat posed by the Icelandic ash cloud, but its reality only sank in back in Marrakech the next day. It became clear that an unexpected extension to our adventure holiday was about to begin. Radouane, our tour leader, arranged a farewell Moroccan dinner for us near Place Djemma El Fna, since our new Californian friends were off to recover from the jam-packed excitement and variety of our trip, to the calm of a beach resort in Agadir. Even if we Brits were to be stranded (and what a wonderful place to be stranded!), they were off on the next part of their six-month odyssey around Europe and North Africa, so a fitting finale was needed. The next day, we packed up and headed for the airport. We found by late morning that it was clear that our London flight was only going as far as Casablanca. However, our tour operator (The Adventure Company) had already organised bookings at another hotel (with a small pool) in the New Town, so off we went.

At this point we had no idea how many extra days we’d have to spend in Marrakech, but there was still so much to see and enjoy… and shopping to be done! We found a great restaurant, Le Jardin de la Paix, where we could eat outdoors in a lush garden.  We also had to bow to our daughters’ insistence that we also eat in the nearby McDonalds and Pizza Hut, although this also helped to keep our additional costs down. In fact, one of McDonald’s Moroccan-style choices is the ‘McArabia’, presented with a local herb and lightly spiced dressing and wrapped in a flatbread. It was pretty tasty.

We spent some time by the pool, but we made visits to various museums and the Majorelle Gardens.We took carriage rides round the Medina and walks through the souks and Place Djemma El Fna. The family began enjoying bargaining for prices as we travelled through the country, and we were ready for the final assault on the souks, where we bought jewellery, a brass lantern, several small ceramic dishes, a couple of small antiques, and a kilo of fat, juicy dates…quite a haul!

The tour operator’s agents kept us informed of events and progress on getting us home. The British Embassy told us, after six extra nights, that we were to fly out on a charter flight, which was consolidating numerous groups of British tourists from various specialist travel companies. Although we had left from Heathrow Airport, we returned to Gatwick. However, a coach was arranged to take everyone who wanted/needed to get back to Heathrow, which was ideal. In addition, the Managing Director of The Adventure Company was on hand to welcome us back, and he travelled to Heathrow with us. It should also be noted that all additional hotel costs and airport transfers in Marrakech and the UK were covered by the Adventure Company.