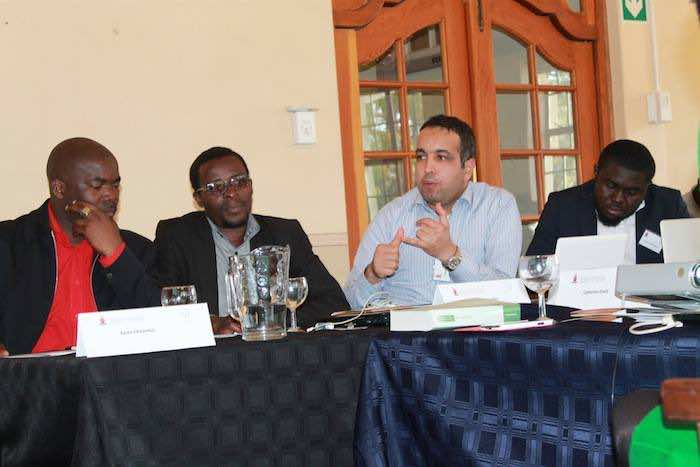 Casablanca – I participated recently, along with colleagues serving in academia, governmental agencies, presidents’ offices, banks and parliaments in Sub Saharan Africa, in a workshop organized by the University of Pretoria. During the workshop, we had the chance to discuss and deliberate on economic and environmental governances, and also had the opportunity to meet senior managers from South African development, finance and political institutions.

Morocco has many friends in Africa

To my happy surprise, many colleagues I met in Pretoria and Johannesburg have been to Morocco, and many are planning to visit the country soon to attend conferences. Many colleagues are attending conferences organized by Office chérifien des phosphates (OCP) foundation and its institutions.

Other colleagues have attended universities in Morocco, including a colleague from Ghana who is currently working in an international law firm. When we start discussing the North Africa region during the workshop, he said that he has a great respect for the Moroccan people. Mohammed from Sierra Leone, who spent one month in Morocco, said he loves the country and the Moroccan food, even though we do not serve a lot of rice in our meals.

Many speakers during the workshop also praised the transition process in Morocco and its regional leading role. Some experts from South Africa called for more cooperation and exchange with Morocco in water resources management, renewable energy and green economy.

Colleagues from Nigeria, Cameroun and Tanzania said they are not happy about Morocco’s absence in the African Union. I shared the official position of the government. Although they understand, they want Morocco to return to the African family and defend its position within the African institutions.

The leading role of OCP

Morocco is the second investor in the continent after South Africa. The investments are mainly in the sectors of banks and finance, telecommunications and mining. However, in the Anglophone countries, we know Morocco mainly via the institutions part of OCP such as foundations and other centers that are very active at the international level. The African countries have great potential in the agricultural sector. The sub-Saharan Africa has huge arable land and water resources and OCP could play a key role in partnering with the Sub-Saharan Africa in developing food production.

During the workshop, I was approached by a colleague from Malawi who asked me how Morocco and Malawi could cooperate in the agricultural sector. I told him that the Moroccan OCP has two thirds of the global phosphate deposits and that the firm has huge expansion plan in Africa. I told him that the CEO of the group, Mostafa Terrab, mentioned during a Sino African forum the OCP interest in investing 30 $US billions to meet African countries needs in fertilizers.

South Africa is trying to represent the African continent at the international governance institutions. The country is investing a lot in the Southern African countries and contributing in the socio-economic development of the region. At the same time, the country launched several development plans on renewable, infrastructure, foreign investment attraction, diversification of the economy, reduction of inequalities and governance improvement. Morocco and South Africa have a lot of experiences to share. Morocco is the second investor in the continent after South Africa, and both countries complement each other since Morocco is focusing in the investment within the Francophone area and South Africa is investing mainly in the Anglophone area. Politically, South Africa and Morocco have also a lot of potential to cooperate in enhancing their institutions governance, exchange experiences and create a model for south – south cooperation.

A colleague serving in the parliament of South Africa told me that he spent six months in Morocco in 2001, to study the Moroccan constitution and he strongly believed that there is now much for Morocco to learn from the South African experience in establishing a quite successful federal system. South Africa has three capitals, one administrative and political (Pretoria), second legislative (Cape Town) and third judicial (Bloemfontein). In the preparation to launch a regionalization reform, Morocco needs to study and learn from the South Africa experience.

South Africa succeeded to launch a promising renewable energy program. A senior manager from the South Africa Department of Energy Management told me proudly that his agency managed to secure more than 12 $ US billions private investments in power generation. Morocco with its 2020 renewable energy programs that aim to attract more that 12 $US investments in power generation from wind energy, solar energy and hydropower sources has also a lot to learn and share with the South Africa. There is a potential to develop a mutually beneficial South – South partnership in renewable energy between Morocco and South Africa, and I am very happy to hear from my colleagues in South Africa that they are eager to exchange with us.