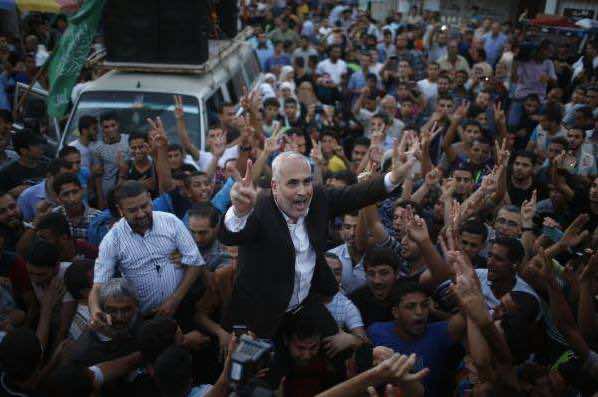 New York – The ongoing war between Israel and Hamas is only reinforcing the notion that unlike previous ceasefire agreements, preventing repeated violent confrontations requires a fundamental change in the status quo. Hamas’ demand for the complete lifting of the blockade and Israel’s insistence on the demilitarization of Gaza suggests that small incremental steps, including easing the blockade by Israel and in return adhering to a ceasefire by Hamas, will no longer suffice.

While Hamas is still committed to a self-styled religiously-anchored doctrine that calls for Israel’s destruction, Israel is convinced that Hamas is irredeemable. Ironically, neither side wants to restore the status quo ante, yet they are holding on to what appears to be irreconcilable positions which are at the core of the conflict.

Both sides are stuck and are looking for a way out; nevertheless, neither is willing to make the far-reaching concessions necessary to avoid future violent confrontations and their destructive consequences.

Israel can reoccupy Gaza and eliminate many, if not all, of Hamas’ leadership, but it would come at a prohibitive cost in blood and treasure. Israel will have to administer and care for more than 1.8 million Palestinians, risking the lives of tens of thousands of soldiers and instigating an insurgency that would terrorize Israeli forces at every turn.

In the interim, new Hamas cells will mushroom and once Israel withdraws its forces (as it cannot and does not want to maintain the occupation indefinitely) and passes the reins to the UN or any other international agency, Hamas will re-emerge with greater vehemence and commitment to destroy Israel, however elusive that goal might be.

Under such a scenario, there is also the possibility that a plethora of jihadists will converge on Gaza, i.e. ISIS and Al-Qaeda, who will join other local jihadists and create a reign of terror that will pale in comparison to Hamas.

As a result of these probable developments, Netanyahu is correct in rejecting the call to reoccupy Gaza and resisting the introduction of substantial ground troops to destroy Hamas’ rocket stockpile, as this will not be possible short of reoccupation of the Strip.

The other option is to agree on another tactical ceasefire fashioned along previous ones to provide both sides with some breathing room. By definition such a ceasefire is not likely to hold as it would once again subject Israel to the terror of rockets raining indiscriminately, wreaking havoc and forcing thousands to flee in panic to shelters, which the public is unwilling to tolerate any longer.

For Hamas, a mere easing of the blockade while Israel continues to maintain tight restrictions on the free flow of goods and people to and from Gaza will no longer meet the public outcry for a fundamental change in their miserable daily lives.

Although Hamas still enjoys grassroots support, the overwhelming majority of Palestinians in Gaza want an end to the conflict with Israel. For too long they have been subjected to abject poverty and indignity, and suffered greatly from repeated conflagrations with Israel.

Moreover, Hamas no longer has any appetite to merely provoke Israel only to suffer tremendous destruction and death of innocent civilians, which explains why Hamas is looking for a fundamental change in the status quo and be in a position to deliver significant relief to the public and restore confidence in its leadership.

One might think that Israel and Hamas would be well disposed to accepting each other’s demands and establishing a permanent ceasefire on which to build, over time, peaceful coexistence.

This regrettably is not the case. But under no circumstances will the negotiations resume and produce what both sides ultimately want (lifting the blockade against demilitarization), which is completely inconsistent with their public positions.

They need a face-saving way out, but they remain haunted by a deep distrust of each other, which makes it much harder and ever more complicated to reach any agreement.

Ideally the solution will have to be based on the establishment of a long-term ceasefire that will provide the basis for the demilitarization of Gaza and ending the blockade over time and in phases, with an eye on reaching a more comprehensive Israeli-Palestinian deal.

Sadly, we are not living in an ideal world, but then what lesson have both sides learned from this continuing miserable state of affairs? This war and its repercussions have demonstrated once again the limits of the use of force alone, as neither side can emerge unscathed from continuing to slug it out at each other.

Israel, with its mighty military prowess, could not force Hamas to submission; it still remains capable of wreaking havoc on the Israeli population. Conversely, Hamas cannot exact one meaningful concession from Israel by force or by evoking international outcry for the terrible human tragedies and material losses it has sustained. It is a bitter lesson both sides will do well to remember.

Should they now begin to contemplate taking bold steps and change direction, which appears to be inconceivable at this juncture? I believe that in the long run they will have no other choice. Yet, however incongruous this may seem, it is better to be a fool who tries than a wise man who never dares.

Dr. Alon Ben-Meir is a professor of international relations at the Center for Global Affairs at NYU. He teaches courses on international negotiation and Middle Eastern studies.