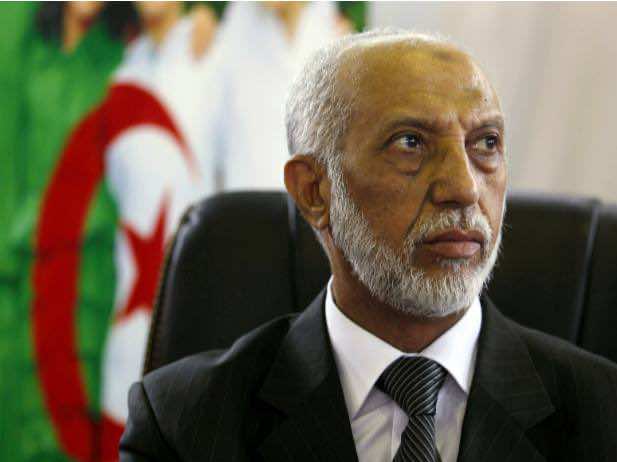 San Francisco – Algerian authorities have been working very hard to eradicate the notion that Algeria has a system of corrupt governance.

They have tried very hard to convince the world that the old regime is either dead or has gracefully retired. Many Algerians actually believe the government propaganda that they now live in a “new Algeria” ruled by folks who are capable and deserving.

We in Morocco need to be frank and recognize that many Algerians do not see a problem with how their lives are ruled by their government.

After all, why complain when the shadow government in El Mouradia is showering them with benefits such as free housing, and when the country is free from any debt. As a matter of fact, Algeria is the only country in Africa and elsewhere with foreign currency reserves approaching $200 billion, even though this wealth is not reflected in the daily lives of its citizens.

The secretive Algerian regime has somewhat succeeded in painting themselves as the new generation of decision-makers who have brought Algeria into the twenty-first century, and that the old ways of doing business behind closed doors are in the past.

Then on August 26, 2014, Algerian President Abdelaziz Bouteflika made a statement in which he “promulgated a decree that terminated the appointment of Abdelaziz Belkhadem as Minister of State and special advisor to the presidency of the Republic, and all his activities related to the institutions of the State.”

As if that was not enough, he also made sure to humiliate his long-time servant and had him removed from the FLN party and stripped him of any power he might have had within the party by banning him from any participation in the party’s activities.

Moroccan officials are not big fans of Belkhadem. He’s not counted as of one of Morocco’s best friends. During his tenure as the Minister of State and Minister of Foreign Affairs, he made a statement that felt like cold water running down their back: “We remain faithful to our position on the international legality in all questions of decolonization, notably Western Sahara”—basically singing the same song orchestrated by Bouteflika and his clan.

This event in Algerian politics should serve as a valuable lesson for Moroccan decision-makers, who sometimes allow themselves to daydream that there might soon be a change in Algeria that will be conducive to reconciliation and the building of a true Maghreb union. Moroccan leaders need to always be conscientious of the fact that Bouteflika, or others in the Palace of El Mouradia, will not hesitate to crush one of their own, let alone someone or something Moroccan.

There is, however, a good possibility that Bouteflika is in a “deep sleep,” and is in no way capable to govern. A recent video clip of Bouteflika with U.S. Sen. John Kerry revealed that the man is not himself. Many Algerians rightfully speculate that his brother, Said Bouteflika, is the real boss behind the scenes. When the Algerian president was hospitalized in France from April to July 2013, no one could have access to him without going through his omnipresent brother. According to “Wikileaks,” Said Bouteflika filtered everyone and decided the lucky ones who were allowed to see the head of state.

Said Bouteflika apparently has no choice but to eliminate all his eventual opponents for the presidency before the death or removal of his brother, and Belkhadem happens to be one of those opponents. The question many Algerians are asking is: who’s next?

Moroccan officials cannot and should not relent, and must at all times be ready for the fight to continue against the neighbor next door. There is no end in sight, and firing Belkhadem is just the tip of the iceberg in demonstrating how decisions are made behind closed doors by the Algerian ghost regime.

The Algerian people suffered tremendously during their civil war. The latest Algerian presidential elections showed that they are so fed up with politics that they have allowed an aging, extremely ill, and wheel chair-confined president to run for an unprecedented fourth term and win with a staggering 82% of the “votes”.

Algerians are well known for their sense of pride, but even this mentality was not enough for them to stop the farce that was the latest elections. Needless to say, Moroccans should not bank on any upcoming change in Algeria that will allow for Morocco and Algeria to shake hands and start anew. Vigilance should always be in place to counter the relentless accusations from this regime, including their latest lame accusation that Morocco is the principal instigator of their crisis in Gharda?a.