Rabat - The unexpected resignation of the UN envoy for Syria, the seasoned Algerian diplomat Lakhdar Ibrahim from his lucrative and high –level diplomatic position has baffled more than one person. 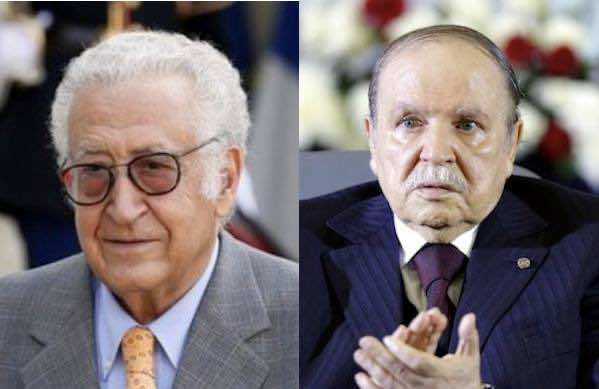 Rabat – The unexpected resignation of the UN envoy for Syria, the seasoned Algerian diplomat Lakhdar Ibrahim from his lucrative and high –level diplomatic position has baffled more than one person.

The man is certainly quite senior but he is in good health and definitely at the apogee of his diplomatic career. So why on earth would he leave his job? To stay in New York and enjoy his retirement with his family, probably not? To go back to Algeria and live there as a simple citizen. I doubt it. The man has lived most of his life in the West, brought up his children there, enjoyed the creature comforts of the American way of life and would not go back to beleaguered Algeria where tension is rife and stability is almost inexistent.

This sudden and unexpected resignation of the Algerian diplomat raises many important questions: why this move and now? Bearing in mind that Algeria always prized itself in its prominent diplomat and would not have encouraged his decision, if it were not for some national urgency.

The chances are that official Algeria wants badly Ibrahimi to be available to replace Bouteflika in case something happens to him and this means in other words that the president’s health is really bad and the army does not want to take chances with a smooth succession. They want to have the replacement at hand. This scenario is truly reminiscent of monarchies, in which, in case of illness of the king, even if it is just a flu, the crown prince is barred from leaving the palace percinct just in case something happens to the monarch, the crown prince is crowned king immediately.

Now, Paris-based Algerian opposition dissipates doubts, as a result of reliable information in their possession which indicates clearly that Lakhdar Ibrahimi is definitely been groomed to succeed Bouteflika whose health is in very bad shape. Of course Bouteflika would not be forced to resign because it will make the army generals look bad in th eyes of the Algerian people, but on the other hand, they do not want to take any chances with the succession to avoid political turmoil in an area which is very volatile due to the Libyan chaos and the Malian military cauldron.

One wonders why this fear of the unknown in a republican regime. Algeria, actually is not a republican regime, it is a military monarchy. It is and it has always been and especially since the winning of the first part of the legislative elections by the Islamic Salvation Front (FIS) in 1991. When this happened, in the most democratic way possible, the Algerian military junta realized that they might be losing forever the power and the oil wealth that goes with it. Alarmed by this unexpected change of things, they decided to overthrow the Islamists in a military coup in disguise and put their own man in power.

On January 11, 1992 the army cancelled the electoral process, forcing President Chadli Bendjedid to resign and bringing in the exiled independence fighter Mohammed Boudiaf to serve as a new president. However, on 29 June 1992 he was assassinated by one of his bodyguards, a Lieutenant L. Boumaarafi. The ensuing civil war waged by the army agaisnst the Islamic Salvation Army (AIS) and the Armed Islamic Group (GIA) was terrible and lasted for a decade, claiming the lives of about 150 000 people.