Rabat - The Polisario Front is hoping to drag Morocco into an atmosphere of chaos and crisis through urging separatist students to escalate their struggles against the Moroccan government as well as increase their mobilization across universities in the country. 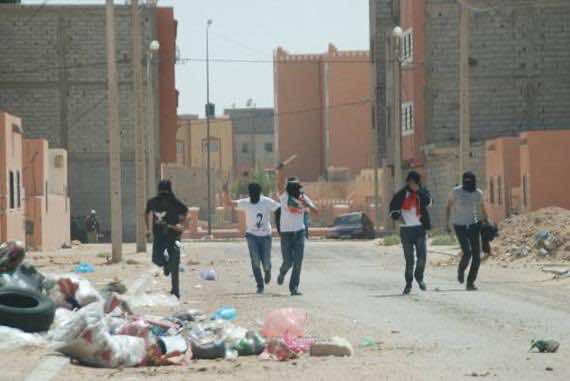 By
Aziz Allilou
-
Aziz Allilou is a student at the Higher Institute of Media and Communications (ISIC) and Morocco World News correspondent in Rabat.
Aug 29, 2014
Spread the love

Rabat – The Polisario Front is hoping to drag Morocco into an atmosphere of chaos and crisis through urging separatist students to escalate their struggles against the Moroccan government as well as increase their mobilization across universities in the country.

Along with the Human Rights card it uses against Morocco in the Western Sahara conflicts, the Polisario Front strives to use separatist students to incite chaos in Morocco.

According to Hespress, during a recent assembly of the Saharawi Students Union, attended by Polisario leader, Mohamed Abdelaziz, separatist students expressed their intention to “escalate their struggles against the Moroccan government,” in order to defend what they described “their national identity’’ after the Polisario leader urged them to do so.

The Saharawi Students Union expressed its loyalty to the Polisario leader, Mohamed Abdelaziz, stressing that it is moving forward to promote the Polisario’s agenda and increase its propaganda against the Moroccan Autonomy Plan.

Far from it, the Saharawi Students Union goes as far as to call upon all the separatist students to join the Polisario’s “Popular Army.

“The final press statement on the assembly said that the Saharawi graduate students’ call to join the Popular Army has become necessary, in the current context,” the same source noted.

The document also urged the separatist students to take into consideration violating the ceasefire agreement with Morocco in 1991, and resume the Polisario’s “armed resistance.”