Marrakech - Circle Oil, the international oil and gas exploration and production firm based in Ireland, has announced new drilling in the Sebou and Lalla Mimouna permits in the Gharb area. 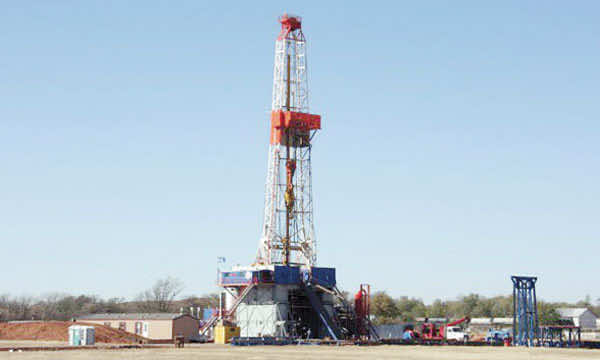 Marrakech – Circle Oil, the international oil and gas exploration and production firm based in Ireland, has announced new drilling in the Sebou and Lalla Mimouna permits in the Gharb area.

The Sebou agreement between Circle Oil Maroc (COML) and Office National des Hydrocarbures au Maroc (ONHYM) was signed in 2006. It is for a period of eight years renewable with the option of a production exploitation agreement of 30 years if commercial quantities of oil and gas can be extracted. The area is 134 Kms 2. The permit share-holding agreement is COML 75% and ONHYM 25%. Four exploitation concession sub-areas have been registered and recorded in the official bulletin to cover the production from 7 of the 12 discovery wells to date.

COML has signed a similar agreement with ONHYM for the Oulad N’Zala Concession (25km 2.) which is next to the Sebou Permit. The agreement for the Lalla Mimouna permit (North and South) was signed in 2010, and covers an area of  2,211 Kms2. The permit share-holding agreement is COML 75% and ONHYM 25%.

The current plan is to drill 12 wells split between the Sebou, Oulad N’Zala and Lalla Mimouna permits. This will be in addition to the re-entry/re-drill of KAB-1 and 2  to use new gas zones in existing wells, according to Circle’s website.

Circle Oil has exploration operations in Morocco, Tunisia, Egypt and the Sultanate of Oman and is interested in further developing its operations in North Africa and maintaining a portfolio of investments in the region which balances risk. Exploration discoveries are never certain and reducing the cost of exploration by farming out drilling operations with other selected international exploration companies (IOC’s) can reduce operating costs. Circle Oil may, on the other hand decide to keep the drilling and exploitation rights itself. This flexibility is attractive to shareholders and investors.

ONHYM has shown great skill in attracting investment from over thirty leading IOCs in Morocco’s oil and gas exploration sector in a relatively short space of time.  Even before the fall of Khaddafi in Libya, Shell had pulled out of its extensive Libyan exploration program because the EPSA agreements were taking so much of the profit that it was seen by some IOCs as no longer viable.

Similarly in Algeria the hydrocarbon law was unpopular with IOCs because of its 51/49% agreement in favor of the state run oil and gas company Sonatrach.  This was well before the strife in Libya and the In Amenas siege in Algeria where a number of foreign workers were killed. IOC operates in difficult international conditions but the security for their personnel remains a prime concern, which makes Morocco especially attractive.

So far gas finds have been more significant in Morocco than oil strikes. The terrain remains substantially under-explored and 2 and 3D seismic techniques, only available in recent years, have helped to detect likely geographical features and decipher information.  However oil and gas exploration still requires an element of luck and as each new drilling is announced, anticipation is aroused. Exploration and successful production takes time and this is simply the nature of the business.