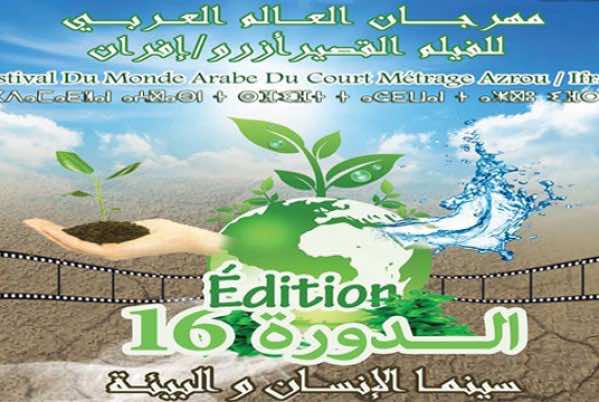 Fez – The 16TH annual Arab World’s Short Films Festival, is being held in Azrou and Ifrane, Morocco, on August 28-31. The festival is one of the biggest events highlighting short films and celebrating significant figures in Moroccan cinema.

Under the theme “Man and Environment,” the association “Screen Club for Children and Youth” is organizing this year’s session which will honor two brilliant Moroccan actors, Tourya Jabran and Kamal Kamal.

The festival is an opportunity for participants to present their most valuable cinematic works. It is also a venue for young competitors to present their new short films focusing on the environment, which is the topic of this year’s festival.

Competitors vie for the “Larbi Doghmi” award for the environment. Larbi Doghmi (1931-1994) was one of the most famous and popular Moroccan actors preferred by local and international directors. The competition runs for two days on August, 29-30.

Seven Arab countries will participate with 16 short films, including Morocco (8), Egypt (3), and one each from the following countries: Tunisia, Palestine, Jordan, Oman, Mauritania.

Sixteen short films produced between 2012 and 2014 are participating in the competition:

– “Sandalat Al Ard” Sandala which is an Israeli village, by Mansour Khadem Allah from Tunisia.

– “Ramadi” or “Gray” by Hassan Nouaima from Egypt.

– “Hala” or “Situation” by Morad Khalou.

– “Rihla ma’a Jaddi” or “ A trip with grandfather”  by Mohammed Essamlali.

– “Allaouha” or “the slab” by Mostafa Fermati.

– “Hayat Ouarda” or “life is a flower” by Bouchra Karimi.

The last day of the festival will pay tribute to [the gallery of youth creativity, and will include an exposition of old cameras.