Rabat- Contrary to the reports of US officials saying that the United Arab Emirates and Egypt were behind the mysterious airstrike in Libya’s Tripoli, an Algerian geostrategic and defense expert reportedly revealed that the operation was implemented by Algeria. 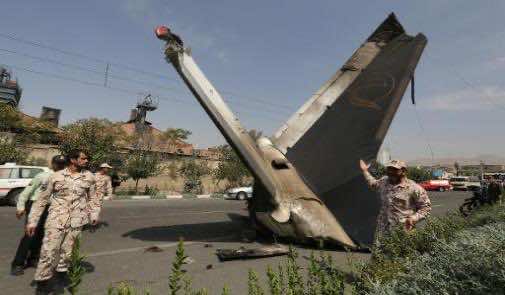 By
Aziz Allilou
-
Aziz Allilou is a student at the Higher Institute of Media and Communications (ISIC) and Morocco World News correspondent in Rabat.
Aug 31, 2014

Rabat- Contrary to the reports of US officials saying that the United Arab Emirates and Egypt were behind the mysterious airstrike in Libya’s Tripoli, an Algerian geostrategic and defense expert reportedly revealed that the operation was implemented by Algeria.

On Tuesday, US officials said that Egypt and the UAE had secretly launched airstrikes against Islamist-allied militias battling for control of Tripoli, Libya, without informing Washington.

However, for Akram Kharief, an Algerian journalist and defense expert, said that many indicators suggest that Algeria’s Air Forces, supported by Western powers, carried out the mysterious operation.

According to Algeria Focus, the Algerian defense expert said that Algeria is the only country – along with the Western powers involved in the Libyan crisis – that is equipped to carry out a surgical attack at night and at a distance of about 600 km from its air bases, located in the east of the country.

Kharief goes on to say that the bomb used in the airstrike in Tripoli is a part of Algeria’s arsenal.

“Algiers apparently was informed that Islamist-allied militias were on the verge of seizing the important weapons depots, located in the region, which could have threatened Algerian national security.”

The Algerian expert pointed out that the Western powers gave Algerian the green light to launch the airstrike, since they share the same interests.

This comes during a time in which many international reports said the Algerian Special Forces have been sent to the south of Libya to attack terrorist networks, as a former general with links to the CIA fights Islamist militias in the lawless east of the country.

In a previous article, Akram Kharief confirmed these reports, saying that the Algerian troops “had occupied a zone in western Libya, taking control of water, other logistical points and cutting roads, carving out a security corridor along the Libyan side of the border.”

On the 11th June, Director of Research at the Henry Jackson Society Olivier Guitta reportedly told RFI that “up to 5,000 Algerian, French and American troops entered Libyan territory to pursue jihadist forces operating in the south of the country.”