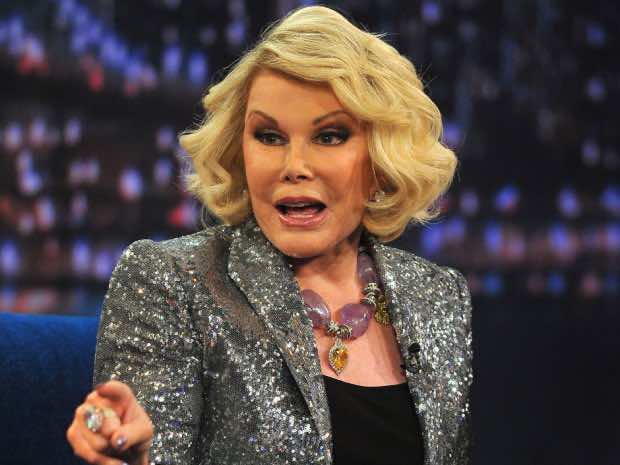 River’s daughter released a statement Sunday saying: “Thank you for your continued love and support,” Melissa Rivers said in a statement today. “We are keeping our fingers crossed.”

The same source added that the waking up process will take until Tuesday and might leave the comedian either as “as either a vegetable or in a wheelchair.”

The 81-year old native of New York was the target of harsh criticism in August after she made a controversial statement about the Palestinians in the Gaza Strip.

While the world public opinion expressed wide sympathy towards the civilian population in the Gaza who came under heavy attacks from the Israeli army for 50 days, Rivers put the blame on the Palestinians.

“They were told to get out. They didn’t get out. You don’t get out, you are an idiot. At least the ones that were killed were the ones with very low IQs,” she added then.

Rivers was forced to backtrack after the controversy sparked by her statement.