New York- A photo received by MWN shows King Mohammed VI  in a 'selfie' with a Moroccan citizen. 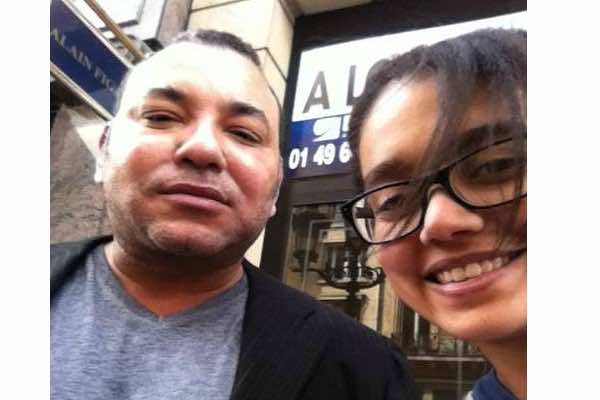 New York- A photo received by MWN shows King Mohammed VI  in a ‘selfie’ with a Moroccan citizen.

The young girl looks very happy to take a ‘selfie’ with the Moroccan monarch, who just celebrated his 51st birthday on August 21st.

The picture shows the Moroccan monarch wearing casual clothes away from any royal protocol.

The picture, which will certainly go viral in Moroccan social media network, is the first of its kind where the Moroccan king appears in a ‘selfie.’