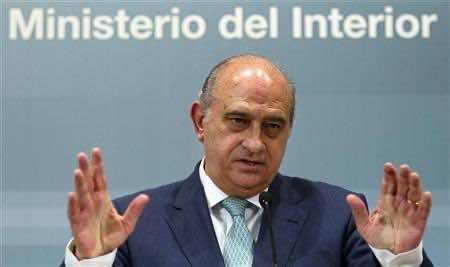 The Spanish minister, who was speaking at a meeting in Madrid with a delegation from the US senate, highlighted cooperation with Morocco to fight jihadist groups which pose a threat to international security, said the Spanish ministry in a statement.

The proof of such cooperation is the recent smashing of several jihadist networks operating in the two countries, said the minister before the US delegation led by Saxby Chambliss, Vice Chairman of Senate Select Committee on Intelligence.

Regarding his country counterterrorism action plan, the minister said that a total of 122 people were arrested between 2001 and 2014 for their involvement in terrorism cases.