Rabat- Amid a flash point controversy in reforming the country’s ailing retirement system, the Moroccan Parliament has passed a new bill to increase the retirement age of the educational sector’s employees to 65. 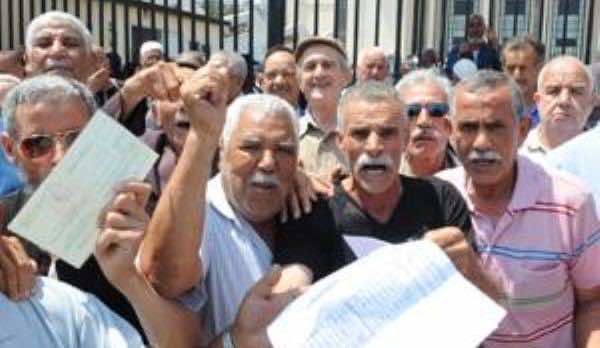 By
Aziz Allilou
-
Aziz Allilou is a student at the Higher Institute of Media and Communications (ISIC) and Morocco World News correspondent in Rabat.
Sep 3, 2014
Spread the love

Rabat- Amid a flash point controversy in reforming the country’s ailing retirement system, the Moroccan Parliament has passed a new bill to increase the retirement age of the educational sector’s employees to 65.

On Tuesday, the Moroccan government issued a new decree that raises the retirement age of the educational sector’s employees from 60 to 65, according to the Official Bulletin of the Kingdom of Morocco (BORM).

The new law came into effect on August 2, and requires primary and secondary teachers who are already 60 to keep teaching, rather than being referred for retirement.

As the new law was issued in the BORM, many media outlets reported that the retirement increase concerns all the state’s employees.

Alyaoum 24 quoted the Moroccan Minister-delegate for Public Service and Administration Modernization, Mohamed Moubdi, as saying that “the new retirement increase concerns the teachers only. But, it was misread by many media outlets.”

The Minister went on to add that a new study revealed that over 9,000 teachers were on the verge of retirement this year, including the those who already reached the retirement age and others who applied for early retirement.

“The retirement of 9,000 teachers would certainly influence the educational sector. For that reason, the parliament passed the new law to increase the retirement from 60 to 65,” he explained.

Moubdi goes as far as to reveal that the new law is not part of the controversial project to reform the country’s retirement system.