Marrakech- After a difficult period in 2010—which saw the chairman of Kia Motors Amine Belkhouya incarcerated in Oukacha prison, charged with bad management and fraud—Kia Motors has returned to Morocco with its distributor from Abu Dhabi, the Bin Omeir Holding group. 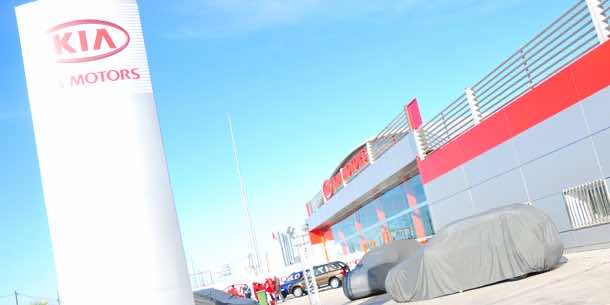 Marrakech- After a difficult period in 2010—which saw the chairman of Kia Motors Amine Belkhouya incarcerated in Oukacha prison, charged with bad management and fraud—Kia Motors has returned to Morocco with its distributor from Abu Dhabi, the Bin Omeir Holding group.

Alex Chung, the chairman of Kia motors MENA region, announced the return of the South Korean car manufacturer to the lucrative Moroccan market, where it hopes to win a reported 8.7% market share by 2017, according to Mohammed Jamal Sahl, CEO of Kia Motors Group Morocco. Kia produces three million vehicles a year and could sell 200,000 on the Moroccan market, according to their estimates. They plan to offer 40 different makes of vehicles including SUVs, sedans, and utility vehicles.

Chung also indicated that new models would be launched in Morocco, including a new Sorento this year and the All Soul and Caren models..

The company emphasized that the new promotion would concentrate on customer satisfaction with a seven-year guarantee and the highest standards of customer support, ensuring that component parts would be easily available. Kia’s previous management encountered considerable problems with spare parts distribution. The company’s new management reassured Moroccan customers about the quality of service and availability of different Kia makes on the Moroccan market.

The Kia slogan for 2014 is the “Power to Surprise,” and it will need to be able to surprise Moroccan motorists to build up substantial clientele in a very competitive market. Their new promotional campaign will start in October. However, they may have their work cut out for them: new vehicle sales in Morocco fell by 7.3% in 2013, to only 120,766 units, according to figures from Morocco’s Association of Vehicle Importers (AIVAM), as cited by the local Le Matin newspaper in January 2014.