Marrakech- During his visit to Estonia on Wednesday, President Barack Obama called on NATO to "stand united against Russia's aggression" in Ukraine. 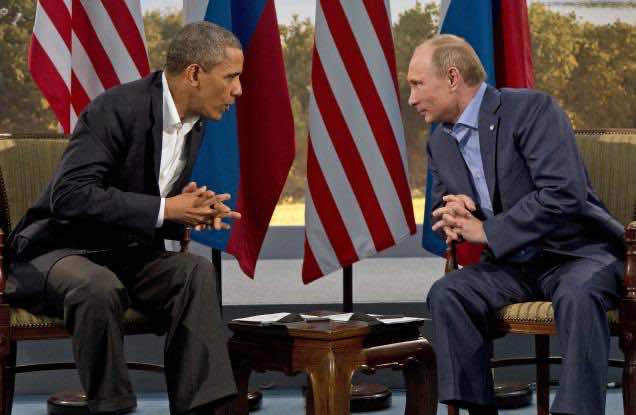 Marrakech- During his visit to Estonia on Wednesday, President Barack Obama called on NATO to “stand united against Russia’s aggression” in Ukraine.

The NATO conference in Wales tomorrow will focus on the Ukraine crisis and NATO’s eastern allies, especially Poland, have called for a stronger NATO presence on the ground to counteract Russian aggression.

NATO has been cutting back its forces and a number of senior former officers have sounded alarm bells, as it is clear that it is less able to confront a sizable Russian force. A proposal for a rapid reaction force of 4,000 troops may not be enough. America has always complained that NATO countries do not contribute enough in finances, men and weaponry for its own defense.

The global recession has made the situation far worse, as Europe and the United States alike have had to cut their budgets accordingly. Germany in particular is being called upon to do more. President Obama’s call for regional powers to do more to counteract terrorism and threats in their area is understandable. President Putin now seems to want to return to the Cold War era. It is becoming for the West more difficult to trust him.

No one is looking for a military engagement, but there does need to be effective deterrence and a balance of power. There also needs to be a will to stand up for territorial integrity and freedom and President Obama’s assertion that NATO’s eastern allies are as important as London or Berlin is welcome.

The problem is that the President’s tendency not to involve Americans troops in most conflicts avoid conflict, which is laudable, has been taken as weakness. This was especially so when a red line was crossed in Syria over the use of chemical weapons and no action was taken. This avoidance of confrontation and a failure to act has a cumulative effect, so that when the alliance is faced with Vladimir Putin saying one thing and doing another, one is left with the feeling that he is seeing just how far he can go. Now a cease fire has been announced, and we will see if it will work.

However, the alarm has been sounded and NATO will have to take effective action to ensure that it is in a stronger position to deter aggression without necessarily having to fight. The Cold War never saw a land or air engagement. I can remember as a British officer in the early 1980’s taking part in the first NATO military exercise to reinforce Europe in the event of an attack.

One of the highlights was seeing American paratroopers who had flown from Fort Worth, Texas jumping over the Kiel Canal exactly on time. it was an awesome sight and showed the commitment we need now. It’s worth remembering that when President Obama wants to take action he can do so as in Somalia where missile strikes and Special Forces are used often against Al-Shebab.
Now all American parties in the US Congress are calling for effective action both as regards Russian aggression and the far more serious situation with ISIS in Iraq, Syria and the Levant. Other affiliates in the Sahel and Libya are threatening the stability of the region. This is close to all-out war and threatens the whole world. Senators John McCain and Lindsay Graham have called on the President to take necessary action to save thousands of lives from the threat posed by terrorists.

Let us hope that they now give the President the backing he needs to take necessary action because he has been constrained so far by political adversaries which have left America gridlocked domestically and internationally. The world needs a strong and well-led America more than ever.