Washington DC — My work as a trainer during the 2002 Amnesty International (AI) Youth Camp in in Bouznika, Morocco, was memorable, rewarding and heartwarming. 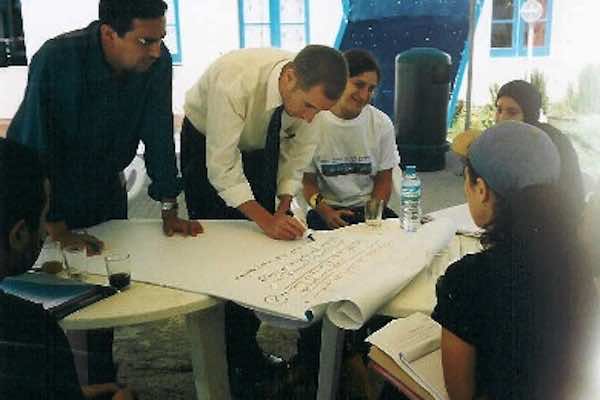 By
Hassan Masiky
-
Hassan Masiky was born in Kenitra, Morocco, and is based in Washington as a blogger and freelance writer.
Sep 5, 2014
Spread the love

Washington DC — My work as a trainer during the 2002 Amnesty International (AI) Youth Camp in in Bouznika, Morocco, was memorable, rewarding and heartwarming.

The meeting ,that gathered more than 40 youths from around the world including Palestinians and Israelis, showcased Morocco as a tolerant and open society. As such, Moroccan authorities’ decision to ban this year’s youth camp is regrettable, wrong and unwise.

By hosting in 2002 a group of young activists from the Middle East, North Africa and Europe to discuss human rights issues and  share experiences of working to defend civil rights violations, Moroccan officials showed a level of confidence and wisdom that seems, alas, lacking in today’s decision to cancel the same  event. In fact, AI considers this decision “a step backward for freedom of association and assembly when the authorities claim to be committed to human rights and the rule of law.”

Rabat, that spends millions of dollars in public relations campaigns to shore up the image of the Kingdom as a nation committed to the protection of human rights, seems oblivious to the impact of such decision on its image worldwide. Events like an AI youth gathering have more impact on the international public and foreign governments’ perception of Moroccan policies, in terms of freedoms of expression and assembly, than the best PR promotion will ever achieve.

The human rights organization is disputing Morocco’s allegations that AI Morocco did not follow  the necessary procedures when asking for permission to hold the event in Moulay Rachide Youth and Children’s Complex .Amnesty International issued a statement confirming that it “complied with all the procedures set out in Moroccan law when preparing this event, in particular article 3 of the royal decree concerning public gatherings which states that the local authorities should be notified of all public meetings, but that prior authorization is not required.”

The presence of a group of young human rights activist from around the world in Morocco discussing “ways of stamping out torture and ill-treatment, an issue that is part of a global Amnesty International campaign, as well as restrictions on freedom of expression and the capacity of human rights defenders to undertake their peaceful and legitimate activities” is a notable occasion that officials should encourage and endorse.

The 2002 Camp was educational, informative and fun. The youths present were impressed by AI Morocco’s organizational skills and impressed by the level of freedom enjoyed during the discussions. In choosing Bouznika as a venue for such gathering, Amnesty International offers Morocco a “free” occasion to show the world the Kingdoms social and civic advances. Unfortunately, the decision to ban it will just re-enforce the view that the country is regressing.