Fez - The convention center in Fez (Fes) hosts the 10th Edition of Fes Festival of Amazigh culture from 5th to 7th of September. 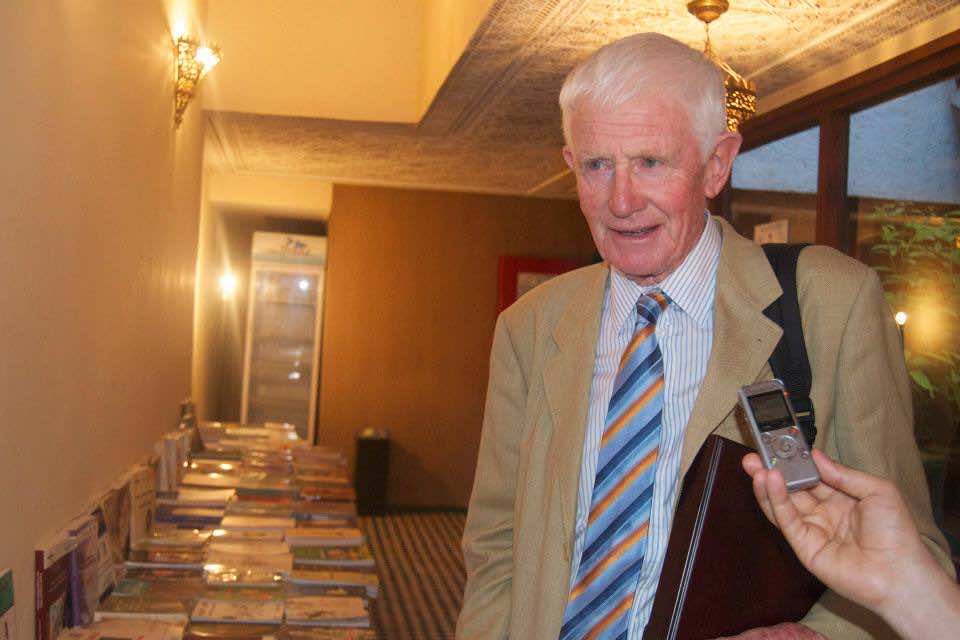 Fez – The convention center in Fez (Fes) hosts the 10th Edition of Fes Festival of Amazigh culture from 5th to 7th of September.

The organizers have planned to pay tribute to the Honorable Michael Peyron in the inaugural session of this year’s Edition of the Festival. They paid a vibrant homage to this professor and researcher for the great work he has carried in the Amazigh culture and human development in Morocco.

Dr. Moha Ennaji, president of Fes festival and a student of Dr. Peyron, invoked his memory to salute the qualities of Michael Peyron as a person and as a university professor. In his testimonial speech, Dr. Moha Ennaji wished long and healthy life to the Dr. Peyron so that he could give more to the Amazigh culture and identity.

Dr. Michael Peyron is a specialist in Amazigh culture and its languages. He is equally known as a writer about tourism in Morocco. He was born in the United Kingdom and studied in France (in Bordeaux and Grenoble universities). His doctoral thesis was about an Amazigh region in the mountains of high Atlas in Morocco.

Peyron taught at the faculty of letters in University Mohamed V – Rabat (1973-1988) and at the department of English at Grenoble University (1988-1995). Late in 1980’s, his teaching career migrated from English to Amazigh studies. From 1995 to 1997, he became visiting professor at the King Fahd School of translation (Tangier, Morocco). Since 1997, he is a visiting professor at Al Akhawayn University in Ifrane. He has been teaching Amazigh Culture and language.

The publications of Michael Peyron are numerous. Among his eminent works are two bilingual poetry volumes in French and Tamazight and a collection of fables in Tamazight and English. Since 1985, he has been contributing to the Tamazight encyclopedia.

Morocco World News managed to do an interview at the end of the inaugural session of the Festival. Here follows the text of the interview.

MWN: Dr. Michael Peryon, could you possibly share with Morocco World News your feelings as you have just been paid homage in Fes Festival?

Dr. Peyron: Definitely, I would love to share my feelings. I am immensely glad that Fes Festival of Amazigh culture paid me tribute in its 10th Edition. I am equally happy that a city like Fes hosts such Festival and that Fes is the city where I am paid homage, especially that such events about Amazigh culture and language normally take place in cities with a majority of Amazigh inhabitants and speakers. To be in Fes is definitely a unique experience and will be an unforgettable event for me.

MWN: What do you think about the Tifinagh transcription of the Tamazight languages?

Dr. Peyron: Look! Forget about the Tifinagh transcription and its letters. At the first place comes the communicative approach in learning the Tamazight language. Learn the language and speak it, then writing that language would matter in the process of learning. Normally, children will dedicate their time learning the written language and this is a great thing to do, but for an elderly person it’s quite difficult. After all, I speak Tamazight fluently without having ever learned the Tifinagh. However, one cannot deny that Tifinigh is 3000 years old and is undoubtedly worth studying and learning.

MWN: how about your future cultural and academic work, would you reveal to Morocco World News readers some of your projects?

Dr. Peyron: I can share with Morocco World News readers my imminent works. I have actually three publications in the final process of release. The first one is entitled “deep Rivers,” “oral literature in Tounfit and Midlet,” and the third book will be about oral literature in Ait Warayn in the Region of Taza.