Rabat- French comic Dieudonne is under investigation by the French authorities after he released a controversial video in which he mocks the beheading of American Photojournalist James Foley by ISIS extremists last month. 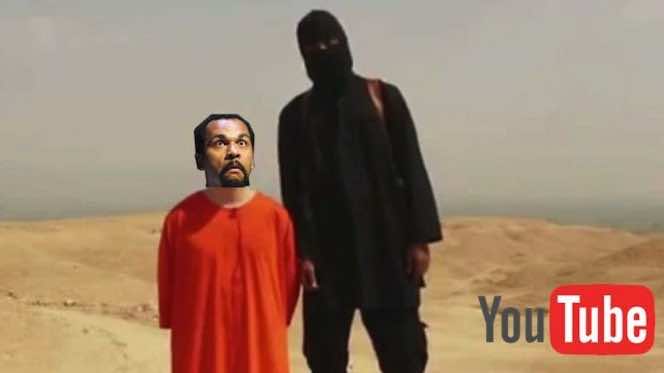 Rabat- French comic Dieudonne is under investigation by the French authorities after he released a controversial video in which he mocks the beheading of American Photojournalist James Foley by ISIS extremists last month.

In the video, Dieudonne, who has a history in causing controversy in France mostly because of his comments seen by many to be anti-Semitic or his arm gesture which is believed to be a disguised Nazi salute, ridicules the wrath of the West and Western presidents including US president Barack Obama, French president Francois Holland and UN chief Ban Ki-Moon over James Foley’s decapitation.

“I think decapitation symbolizes, before anything, progress, access to civilization,” he said in the video. “In France, we decapitated people in front of the massed, on the public plazas.”

Dieudonne says that the execution of Libya’s Muamar Gaddafi who was “killed like a dog” and the hanging of Iraqi leader Saddam Hussein did not spark the same anger as the one caused by the killing of James Foley.

“The Rothschild Mafia says no, that’s okay, but James Foley, that’s too much,” he said in a reference to the Jewish banking family.

According to judicial sources, the Paris prosecutor’s office had opened an investigation on Wednesday on grounds that Dieudonne also known as M’bala M’bala condoned terrorism.

Dieudonne is reportedly owes the French state more than 65,000 euros in fines related to earlier anti-Semitic remarks. He is due to appear in court next November for making an internet appeal to crowdfund the payment of his fines, an act which is illegal under French law.

He emerged again to make worldwide headlines in January when French football player Nicholas Anelka made the arm gesture invented by the comedian following scoring a goal to his then English club West Bromwich Albion.