Rabat - Lesbians, gays, and bisexuals are more likely to have long-standing mental health problems and have unfavorable experiences with the UK National Health Service than their heterosexual counterparts, a new survey has found.

By
Larbi Arbaoui
-
Larbi is a freelance writer and assistant editor at Morocco World News.
Sep 6, 2014
Spread the love

Rabat – Lesbians, gays, and bisexuals are more likely to have long-standing mental health problems and have unfavorable experiences with the UK National Health Service than their heterosexual counterparts, a new survey has found.

One of the largest surveys of homosexuals in England, the study analyzed data from over two million people. Researchers from the RAND Corporation, the University of Cambridge, and Harvard Medical School found that “Sexual minorities were two to three times more likely to report having a longstanding psychological or emotional problem than their heterosexual counterparts.”

According to the survey, close to 11% of gay men and 15% of bisexual men reported having a long-lasting mental health issue, compared with 5% of heterosexual men.

Funded by the Department of Health in England, the survey also found that lesbians, gays, and bisexuals are twice as likely to have worse experiences with their general practicioner (GP) than heterosexuals.

According to Professor Martin Roland, Director of the Cambridge Centre for Health Services Research, “The survey shows that sexual minorities suffer both poorer health and have worse experiences when they see their GP.”

These longstanding psychological or emotional problems are not more common only with the Lesbians, gays, and bisexuals in England Similar health problems were diagnosed in the sexual minorities in the US.

“We know that sexual minorities in the United States have health problems similar to those we see in England and also face stigma, prejudice, and discrimination,” said Dr. Marc Elliott, a principle researcher at the RAND Corporation.

Despite the growing recognition of LGBT rights worldwide, and the approval of same sex marriages in many countries, sexual minorities still face major “health complications”, according to the survey. 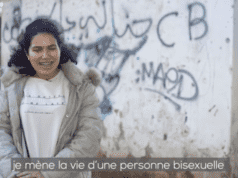