Marrakech - "Need is the mother invention." When a society is in need of something, it can create its own solutions and plans to respond to those needs. 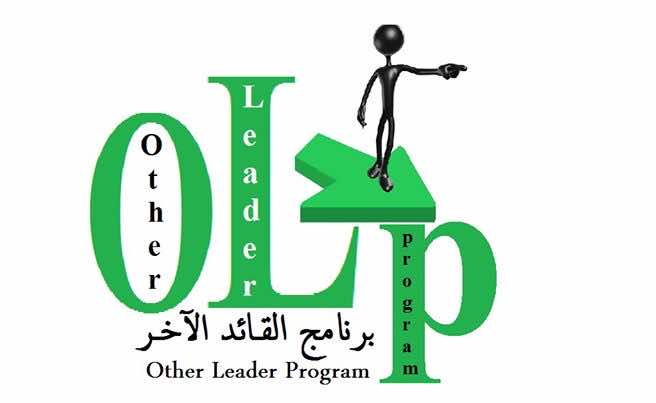 Marrakech – “Need is the mother invention.” When a society is in need of something, it can create its own solutions and plans to respond to those needs.

When the Al Atlassain, Jeunes Sud Volontariat (JSV), and Association Marocaine de Probabilité et Statistiques (AMPS), associations in southeast Morocco identified a need to improve education for lycee students, they initiated a response to the needs of excellent students in the region through ‘The Other Leader Program,’ which helped improve scores greatly in the last Baccalaureate year.

This initiative required patience, time, money, and belief in community services, and provided a great model to be for other regions in the kingdom of Morocco. The initiative presented educational assistance to poor and unfortunate yet excellent students in southeast Morocco so that they could succeed and enroll in higher education such as medicine, engineering and so on.

For the project, 45 students took an adventure of 25 days to several Moroccan cities where targeted establishments and schools exist. The first trip started on July 12, 2014 from the southeastern cities of Tinghir, Boumalne, Zagoura, Ouarzazate, to Marrakech as their first destinations. Students were received by JSV volunteers and other individual volunteers or associations.

In this phase, Atlassain, JSV, and AMPS volunteers gave students the tools to build their psychological and cognitive sides by giving them the chance to meet psychological specialists. This helped students build their personalities and prepare them for the exams they wanted to take.

Parallel to these sessions, students met with expert professors including: Pr. Ouknine Youssef, professor of Mathematics and the manager of National School of Applied Sciences, Marrakech (ENSA),  Pr. Mechtali Mouhamed, the manager of private preparatory classes at Ibnu Ghazi Rabat  and his colleagues from Ibnu Ghazi Marrakech , and Pr. Ali Oukhouya,  professor of Mathematics at ENSA.

After these sessions, students had the opportunity of taking mock exams, which took about 72 hours divided into 7 hours per day; they passed exams in math, physics, biology and other science subjects.

After preparing students for entrance exams to universities and higher education institutions, volunteers accompanied students to the centers of exams. This activity took place in about eight national destinations and included about 25 trips to and from some big cities in the kingdom, including: Rabat, Casablanca, Fes, Agadir, Safe, Sttat, El Jadida, and Marrakech. Volunteers made sure that all students were in the right location at the evening (before?) the exam so that they could rest well and be ready for the exams.

Subsequent to all this hard work and determination of volunteers and students, the results were very satisfying; success reached a rate of 99%. This achievement is considered incredible if we compare it to last years’ achievements. The figure below shows the results of the admitted students in numbers and details: 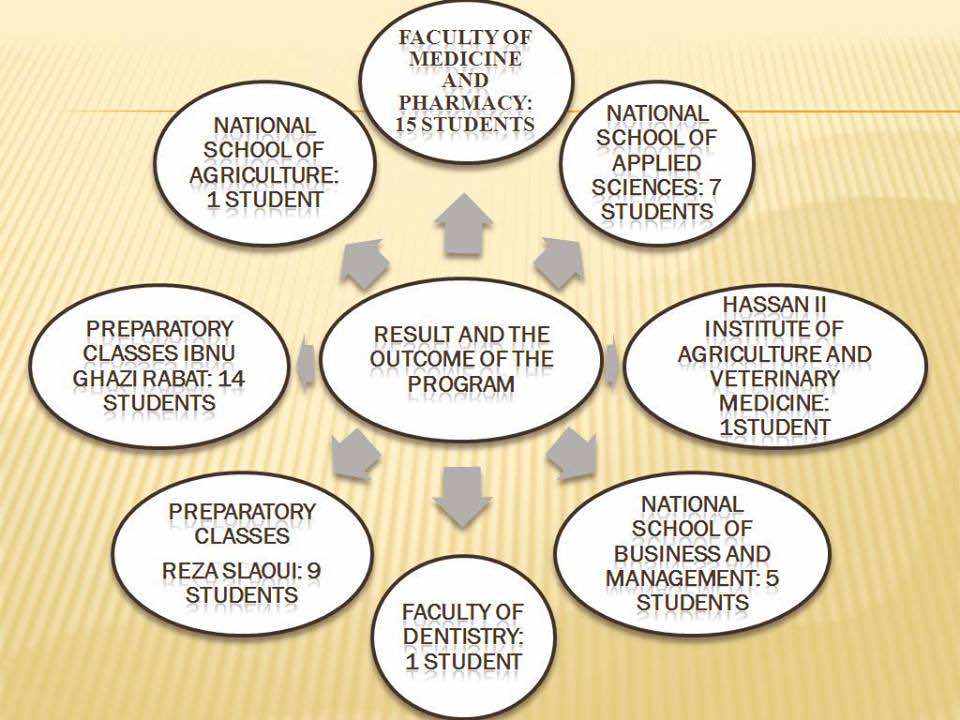 At the end, a great celebration took place on August 28, 2014 in Boumalne Dades in the honor of admitted students and with the presence of the governor of the Tinghir province, the municipality of Boumalne Dades, the scientific council In Tinghir, and the national TV channel Al Oula, plus many others. At this celebration, the Other Leader Program presented symbolic awards and attestations of merits to the students.

Lastly, the Other Leader Program allowed the southeast region to be the other leader for other Moroccan regions so that they all contribute to enhancing education in Morocco. It shows also that we are all responsible for the education and development, and it’s not only the government that should be the major active participant in changing the situation of our education system. Through community service we can achieve great results, and Morocco could really be considered a developed country, as the king referred to in his last discourse.