Taroudante-  Aqsa Mahmood, a Muslim woman from Scotland, left her Glasgow home in November and joined Isis in Syria. 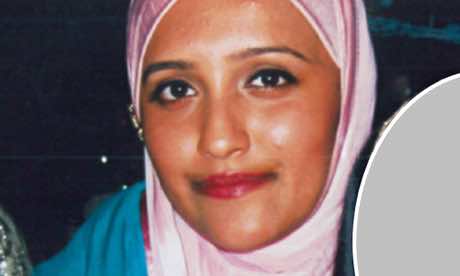 By
Larbi Arbaoui
-
Larbi is a freelance writer and assistant editor at Morocco World News.
Sep 7, 2014
Spread the love

Taroudante-  Aqsa Mahmood, a Muslim woman from Scotland, left her Glasgow home in November and joined Isis in Syria.

The 20-year-old woman, who traveled to Syria to join the extremists, told her parents that she wanted to be a “martyr.”

Khalida Mahmood and Muzaffar Mahmood were shocked at their daughter’s apparent radicalization.

Since she left, their heart were broken. Speaking to CNN, the father cannot hold up the tears in his eyes, when he recalled the message she said before she left.

“One message was that, ‘I will see you on the Day of Judgment. I will take you to heaven, I will hold your hand.’ That’s what she said. ‘I want to become a martyr’ the Guardian reported.

In the broadcast with the US network CNN, Khalida Mahmood pleaded with her daughter to return home.

“Aqsa, my dear daughter please come back, I’m missing you so much. Your brothers and sisters miss you a lot. My dearest daughter, in the name of Allah, please comes home. I love you.”

With the growing threat of the Islamic State, also known as ISIS, and the reportedly attempt of the IS to recruit young people from Europe to join them, a group of influential imams and scholars based in UK has issued a Fatwa, religious edict, prohibiting (haram) British Muslims to fight alongside Isis extremists in Iraq and Syria.

The Fatwa said “British and other EU citizens are bound by their duties to their home countries according to Islamic theology and jurisprudence: it is therefore prohibited (haram) to travel to fight with any side in Syria, including non-state actors, since this is forbidden by laws in EU countries.”

The British Prime Minister, said the threat posed by IS is ‘greater than ever’ saying that the UK Government has raised Britain’s terror threat from “substantial” to “severe”.