Cairo- The Arab world shall promote its joint action because of its shared fate, Foreign minister Salaheddine Mezouar said Sunday in Cairo. 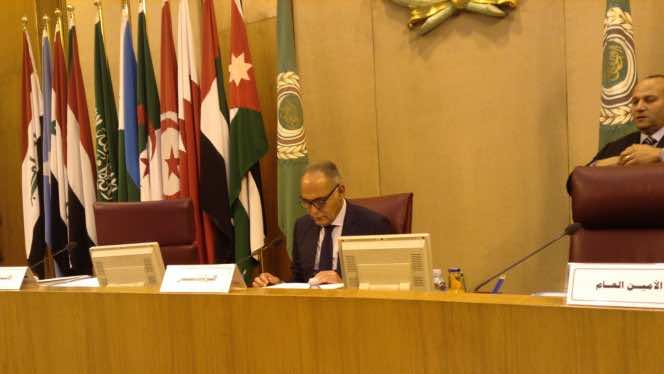 Cairo- The Arab world shall promote its joint action because of its shared fate, Foreign minister Salaheddine Mezouar said Sunday in Cairo.

The situation in the Arab world requires implementing the decisions taken by the Arab League and cementing solidarity and consensus, Mezouar said at the opening session of the 142nd Arab League Foreign Ministers meeting.

He underlined the need to adopt urgent measures to restore the situation, inaugurate a new phase in Arab-Arab relations, control the situation and influence the course of events.

He also stressed the importance of providing these relations with appropriate tools in the fields of security, foreign policy and information exchange, and stepping up the speed of reforming the Arab League.

In this context, the minister called for revising the policy of Arab neighborhood in order to take into account the common destiny of the peoples and mobilize the available resources, especially popular media, invited to play their historic role to serve the peoples of the region and face the culture of discord, extremism and ignorance.

For the minister, there is a pressing need for a deep and consistent action at the intellectual, scientific and cultural levels in a bid to clarify the true concepts of religion and decry extremism.