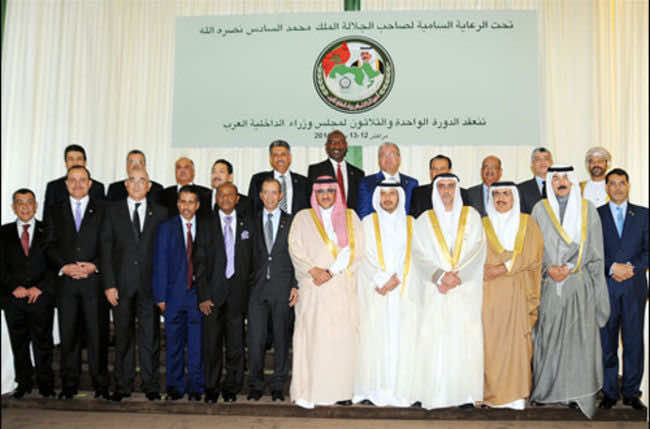 To achieve this end, Morocco has involved civil society in raising the awareness of Moroccan citizens as guarantors of the security of their country against this scourge, he added.

Besides Morocco’s Minister Delegate for the Minister Drais Cherki, the ministerial meeting of the committee delegated to adopt the rules and regulations of the Prince Nayef bin Abdul Aziz al-Saud Award for Arab Security was held in the presence of the Interior Ministers of Qatar, Tunisia and Algeria along with delegates from the General Secretariat of the Council of Arab Interior Ministers.

The award was proposed by the State of Qatar and presented by HE Sheikh Abdullah at the 30th session of the Council of Arab Interior Ministers, which was held in Riyadh in recognition of the services of Prince Nayef towards Arab security for three decades.

This meeting follows a directive from the Council of Ministers, which was held in Marrakech in order to adopt the rules and regulations for the award.

The award is mainly concerned with innovation and services that enhance the sense of security among the Arab people and make security a shared social responsibility, which is not limited to the security departments.