Rabat- Who says history does not repeat itself, at times it does even do it over and over. The last NATO meeting decided to put up yet again another coalition for the third war on Iraq in the last quarter of century. What’s wrong with Iraq, what’s wrong with the West or rather what’s wrong with both. For Iraq, violence has become its second nature, as for the West, it has an obssession with securing oil routes, since it is still very much dependent on this sort of energy for its economy. 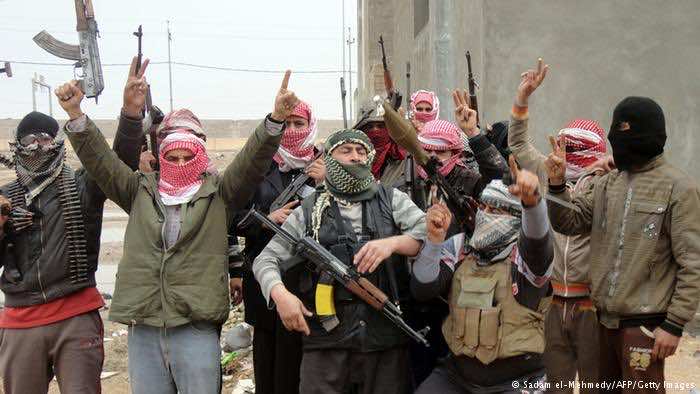 Rabat- Who says history does not repeat itself, at times it does even do it over and over. The last NATO meeting decided to put up yet again another coalition for the third war on Iraq in the last quarter of century. What’s wrong with Iraq, what’s wrong with the West or rather what’s wrong with both. For Iraq, violence has become its second nature, as for the West, it has an obssession with securing oil routes, since it is still very much dependent on this sort of energy for its economy.

The secret behind the coalition

Da3esh/IS is not Saddam Hossein with one of the mightiest armies in the world before the First Gulf War. Da3esh is just a xerox copy of Taliban with eccentric and violent inclinations. Any Western army could deal with it on its own, maybe, in no time. So, one wonders, why the coalition ?

Firstly, a Western country, on its own or in group with other Western countries or even NATO will be viewed in the Muslim world, as yet another onslaught on Dar al-Islam, for imperialistic reasons. The image of the Christian West is already bad as it is, therefore any action against Muslims would be seen as the open-ended all war on Islam from people with crusading intentions and will further worsen the perception of the West by the lay Muslim.

So this explains the reason for a wide coalition comprising Western and Muslim countries. The responsibility and the blame and contempt will be diffused and shouldered by many countries and, hopefully, will not have a religious connotation.

Secondly, a coalition will easily get a mandate to strike the bad guys from the UN’s Security Council and this will obviously legitimate the action, no matter how violent it is. However, we remember that the Second Gulf war was legitimated by the UN on the grounds of a pack of lies from the West, which Western countries themselves recognized on their own initiative, later on.

Thirdly, the setting up of a coalition is not only about war, it is also about psychological reassuring of the Gulf countries n the sense that the West is not letting them down but is still responsible for their security and wellbeing, at least as long as they produce oil and Western countries need it and can have access to it.

Fourthly, the West is not giving the Gulf countries a free lunch.  Like in the last two wars, they will have to foot the bill in its entirety, and the chances are they will happily shoulder the costs of the operation because the concept of the “Caliphate” is threatening their comfortable existence and their rentier privileges, as Saddam did in the past.

Fifthly, and this is probably the most important aspect of the coalition, it will deliver a stern and serious message to all the Islamists in the region that if they play the democratic game earnestly they will rule, like is the case in Turkey and Morocco, but if they use democracy to set up a theocratic or radical regime, like what happened in Egypt, then they will be dealt with accordingly.

Who is part of the coalition?

So far the coalition comprises NATO members, maybe not all of them but that will be cleared up later, the Gulf countries as well as Morocco, Egypt and Jordan.

The Gulf countries are implicated because Da3esh/IS threatens them in the first place and because within their ranks are the people who finance the radical eEnterprise of IS and also people who would want Da3esh to establish an Islamic state in their respective countries. Not to forget that over 1000 Saudis are part of the Baghdadi’s army.

Morocco, Egypt and Jordan were chosen because they have probably the best and most experienced armies in the region and they have all been part of previous coalitions, besides Morocco has had tremendous experience in the last half a century in peace keeping forces.

The NATO members will all be part of the official coalition and they will be required to provide political and diplomatic support to this military enterprise, but not all of them would be fully active in the war. The active NATO members will probably be the US, Britain, France, Spain, Italy, Germany and the Netherlands.

The chances are that America might not foot marines or GIs because President Obama made a promise few years ago to “bring all the boys home” and taking them back there after having fulfilled his promise will not make him look good, especially at the end of his mandate. So, America will probably provide logistical support and air cover and leave the ground lead to French or British forces, or both.

How will the assault materialize?

There will be probably 2 to 4 weeks of aerial bombardment by American air force with the help of the French and the British and maybe the Italians to soften the positions of Da3esh forces, after that the ground forces will move in to do the big cleaning. From the south in Saudi Arabia, Moroccan army will lead the movement with the support of Gulf armies and maybe one or two NATO countries. From the East, in Jordan, Jordan and Egyptian armies and NATO will move on forward to Mosul. This pincer movement will have the effect of squeezing the enemy and not allowing him any form of retreat.

This campaign is not going to be a breeze because last month’s engagements of Da3esh forces has shown that they are religiously highly motivated fighters and they don’t fear death. Probably they have had, undoubtedly, some religious brainwashing by eloquent and expert Imams and ideologues of Da3esh.

Da3esh realizing the number of forces in presence will certainly opt out for guerrilla tactics which will make life difficult for the coalition and drag them into a protracted war, a nightmare scenario.

Before getting to the real war, the Americans, Moroccans, and all the other forces of the coalition will be soon convening in Agadir, Morocco for war games in preparation for the real thing that everyone hopes will not happen, whereby Da3esh will chicken out and maybe surrender, but that is truly a wishful thinking.