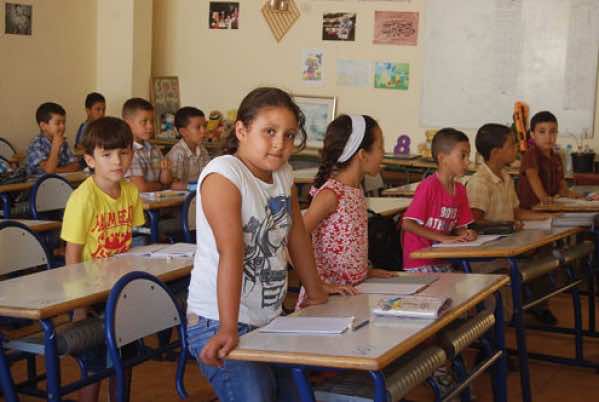 The country’s commitment, spearheaded by the ministry of National Education and Vocational Training, has contributed in achieving this performance during the past decade, UNICEF said in a statement issued on the occasion of the launch of the school year.

However, UNICEF said the efforts made to achieve universal primary education are not reflected at different cycles, with a national enrollment average of 87.6 pc in middle schools and 61.1 pc in high schools.

In rural areas, children are facing difficulties to make transition from primary schools to middle schools, where the enrolment average does not exceed 69.5 pc, UNICEF notes, adding that this rate drops to 30.6 pc in their average enrolment in high schools.

UNICEF hails the commitment of the ministry of National Education and Vocational Training to devise a national pre-schooling strategy as a strategic component in the development of early childhood.

UNICEF reiterates, on this occasion, its commitment to support the ministry and its partners for the establishment of an open education system based on the universal values guaranteeing this right to all children in Morocco.