Hoba Hoba Spirit, a Casablanca-based band, played to a full house last night for the second concert of its US tour, at the Kennedy Center’s Millenium Stage in Washington, D.C. Incorporating traditional Moroccan instruments such as qarqaba (Moroccan metal castanets) and darbouka (dumbek/drum) into their original rock music, and singing in Darija (Moroccan Arabic), English and French, Hoba Hoba Spirit’s seven members play Morocc’n Roll, a mixture of homegrown roots, rock, and reggae, with the rythmic swagger of North Africa. The band’s energy and irreverance got the crowd on its feet dancing to the North African beat. The band has a repeat performance at Bossa Bistro in DC tonight. 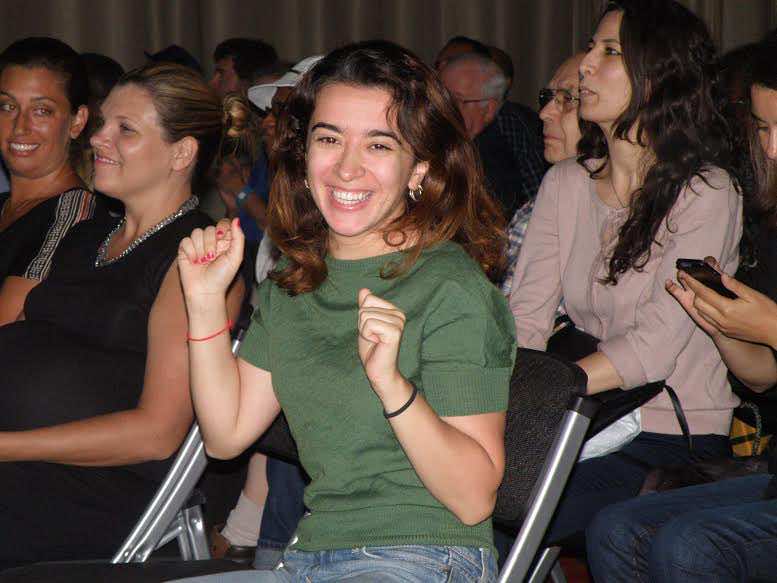 “Morocco appreciates the State Department’s Center Stage program which contributes so much to international cultural understanding,” said Mr. Alaoui.  “We welcome all of these energetic ambassadors of Moroccan culture, such as Hoba Hoba Spirit, to the US and wish them well on their tour.”

The tour is sponsored by the U.S. Department of State in conjunction with the New England Foundation for the Arts as part of the Center Stage program. The band has engagements in Seattle, Atlanta, New York, Austin, and Cedar Rapids.

Hoba Hoba Spirit is one of three artists from Morocco, two bands and a dancer, that are participating in Center Stage tours this year.

The other Moroccan band on tour separately as part of Center Stage is Ribab Fusion which will also perform in DC and NYC. Ribab Fusion celebrates Morocco’s Amazigh (Berber) culture with a jazzy mix ranging from ‘70s-style funk to Afropop dance vibes, featuring the one-stringed, bowed ribab, sometimes gritty, and sometimes as soothing as a well-played saxophone. The band will grace the Millennium Stage on September 16th.

Fleur d’Orange is Moroccan choreographer-dancer Hind Benali who will perform Identity, a new work that explores her personal past and African roots, as well as the limits and freedoms of Morocco’s history, customs and religion, accompanied by a live-recorded sound score. She arrives on the Millenium stage on October 7th.

Center Stage is a public diplomacy initiative of the State Department’s Bureau of Educational and Cultural Affairs that brings interantional performing artists from all over the world to perform for American communities. The program is designed to build mutual understanding via cultural expressions and people-to-people exchanges.

More information about the Center Stage tours and performers is available at www.CenterStageUS.org or on FaceBook at www.facebook.com/CenterStagePage.