Rabat - I have asked this question to youngsters, fathers and mothers, educators, politicians, law enforcement personnel, and media professionals from the West. A synthesis of their answers could be "radical Islamism." 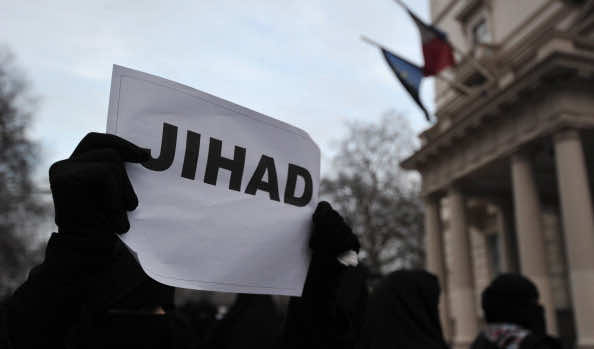 Rabat – I have asked this question to youngsters, fathers and mothers, educators, politicians, law enforcement personnel, and media professionals from the West. A synthesis of their answers could be “radical Islamism.”

The general feeling is that propagators of radical Islamist ideologies are reaching out to Muslim youth more efficiently and professionally than moderate or peaceful traditions of Islam have ever managed. They all agree that the highly professional use of various media, particularly online media like videos, blogs, and chatrooms, is not matched by any counter campaign. There does not even seem to be any counter discourse or alternative narrative to what “radical Islamist” media has been serving youth for some time now.

The radical campaign uses discourse with which young Muslims, and as a matter of fact non-Muslims too, identify very easily. They are invited to save the world from all the ills that undermine its moral values, to restore right and justice at the international level, to overcome greed and vanity wherever they are and to earn for it both earthly and heavenly rewards. One of the major assets of these campaigns is the target audience’s ignorance of history and of the issues it raises. Another major asset the campaign works with is the fear, even hatred, which some societies have created in their own youth.

Earthly rewards include social recognition, immediate climbing of the government and military hierarchies, financial recompense and power over the rest of the world. Young jihadi men also enjoy the right to wed as many infidels as they can capture, and as many volunteer jihadi women as are available. As to heavenly rewards, they include all the pleasures of life one cares to want or wish for; there is no limit to what one can hope for.

Another category of rewards is psychological rewards. In most post modern societies, individualism has pushed people into isolation, loneliness and an undefinable feeling of meaninglessness and worthlessness. Joining a jihadi group creates the illusion of being part of a real community that shares and works for the meaningful values and causes that are worth living and dying for. These groups promise salvation from the threat of the defeated self as well as victory over the meaninglessness of life. Death is glorified and turned into the most noble objective to seek and to cherish for oneself, and the most rewarding punishment to administer to the unfaithful – everyone who is not in the jihadi group. Inflicting death is presented as a religious duty, an obligation towards the creator and a commitment to the orders of the khalifa.

All the material and immaterial symbols of resistance, heroism, sacrifice, the purity of the historical heritage, the tradition of the ancestors, and generosity that can be mobilized are integrated in the narrative and the visual media. The quality of the documents tells of the advanced skills and know-how that have gone in making them. Their variety tells of the intelligence and mastery of communication that have gone in designing them and in adapting them to the widest range of audiences. They are made to appeal to Muslim and non-Muslim youth readers and viewers both in the West and elsewhere. Both quality and variety tell of the huge amounts of money that must have gone into making them.

This strategy has nothing new about it. It is as old as the deviation of the teachings of Islam and of the corruption of the spirit of its founding principles. What may be new about it is the width of its spread, the speed at which it has been enforced and the ease of accessibility to the literature and the media supporting it.

Youth in Western democracies need to be able to recognize the systems they are living in as complying with what they are taught at school as true democracy. As long as their societies fail to reflect to them the image of equality, equity, freedom and dignity, they will buy any alternative that assures them that democracy is a chimera, that it is not for them and that their destiny is elsewhere.