Agadir - Violence erupted in the commune of Tamazzouzt in morocco (a town near Marrakech), as Amazighs (Berbers call themselves "Amazighs," or free men) refuse to participate in the national census, protesting against discrimination. 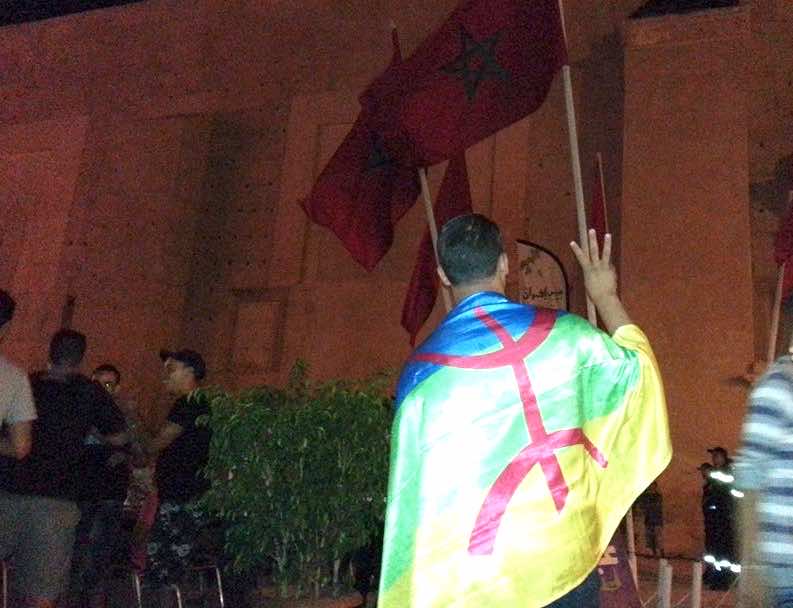 Agadir – Violence erupted in the commune of Tamazzouzt in morocco (a town near Marrakech), as Amazighs (Berbers call themselves “Amazighs,” or free men) refuse to participate in the national census, protesting against discrimination. 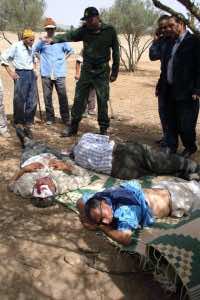 The boycott of the national census is the result of many years of ignoring the existence of Amazighs in their homeland.

Today over half of Moroccans are Berber speakers, and it is more language and culture that differentiate Berbers from Arabs.

They choose to push for the recognition of their language and identity not only in the new constitution, but also in everyday life.

After King Mohammed VI addressed some of those grievances in the amended constitution, by enacting a reform on March 9/2011, in a major speech to the nation, the Amazigh demands are still not fully satisfied.

What are the Amazighs demands?

The amended constitution of 2011 was considered as a big achievement to demarcate the Amazigh language alongside Arabic, after a long time of rejection and ignorance.

Despite of founding the royal institute of the Amazigh culture(IRCAM), and including the language in the Moroccan educational system, in addition to establishing a Tamazight TV station to set up a solid contact with the Berber audience, the Amazigh movement is still not pleased with these steps the state has taken so far.

Activists have also called for a complete involvement of the state in the discussion about teaching Tamazight in schools.

Today, Tamazight is taught in the majority of schools in the Moroccan kingdom, but other demands related to language struggle to find their way to activation.

Quite to the contrary says El Hamzaoui Tijani, a Member of the Executive Office of the Amazigh Network for Citizenship (Azetta Amazigh): “The government is going in the opposite direction of the democratic management of the multilingualism and the cultural diversity of Morocco”. He said

Azetta Amazigh has proposed a bill to the government and parliamentary actors to implement the legislation of Amazigh demands, but they haven’t received any response yet.

“We find it very offensive to prevent us as berbers of using Amazigh names for our newborns.” Said Tijani El Hamzaoui.

Rachid Raha, the President in charge of International Affairs of the Amazigh world Assembly believes that the coexistence between arabs and amazigh citizens in morocco is highly recommended, and racism and discrimination could eventually tear apart the Moroccan society, and threaten the stability in this country.

Raha accuses the government of being an obstacle in the path of the activation of the demarcation of Tamazight, instead of giving priority to the implementation of the constitutional reform.

“Any procrastinating in the implementation of our rights may have negative effects on the future of Morocco.” Said Rachid Raha.

“Arabs and Amazighs to live together has become a supreme national interest that must be taken seriously.” He added

Other activists said that they are stronger more than ever, and they will keep fighting to undergo an intense integration into social and political life.

The activists believe that there is still a long way to go to achieve their rights; they want not only to have a comprehensive recognition of their identity, but also to live this victory of a country without any inferiority complex.

Activists claim that the demarcation of their identity in Morocco can be a nightmare for all those with ideologies and narrow nationalism, which could be a barrier in the development of their country as they said.

The Amazigh cultural movement in Morocco is a transnational cultural identity campaign that defends the importance of culture in promoting their identity.

Rachid Bouksim, is an Amazigh activist and the director of the international festival of the Amazigh Film “ISSNI N’ourgh” based in Agadir, refuses to accept any financial support of his festival from the state.

“I will continue in supporting the Amazigh cinema in my festival, only to prove to the government that our existence alongside Arabs is for the cohesion of this country” He said

Some accuse the Amazigh of attempting to dominate the country culturally and politically, their answer is quite the contrary, their priorities are promoting their culture by artistic production.

Activists from the community in Morocco are now quietly campaigning for the Amazigh New Year, Yanayer, to be recognized as a national holiday.

What are the Amazigh women’s aspirations?

They fight to uncover the unseen about them in a community that doesn’t distinguish their specificity of being amazigh.

To be an Amazigh woman is not as easy as we think, that’s what we extract from the statements of Meryam Demnati, an Activist and Researcher at the Amazigh Observatory of Rights and Freedoms.

Meryem thinks that Amazigh women are assaulted in their identity, and she believes that they are sidelined in a country of multiple discrimination.

They must fight twice as hard, to have their legitimate rights as the rest of Moroccan women and for their rights as Amazigh.

“Our situation will not change until it is de-linked from any religion, this question of women must be included in human rights and we refuse the segregation according to sex,” she added.

Meryem, as a militant for the amazigh women’s rights, will continue to work in this direction, and she strongly believes that one day Amazigh woman will regain her rights and dignity.

Despite the fact that amazigh women have reached high positions such as parliamentary deputy, their existence is still linked to their identity as amazigh and not to the quality of their work.

Amazigh women activists find themselves deprived of real participation in the political and the cultural life in morocco.

The few rights they have are not even understood by them because they are not written or expressed in their native language. 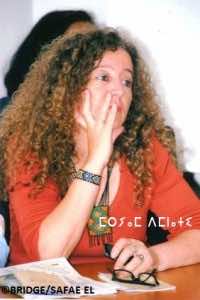 “I am optimistic because of one reason, Amazigh women have an incomparable energy even if illiteracy and the workload still exist in rural areas,” said Meryam Demnati

Today as Amazigh women are more into politics, they are not sufficiently encouraged by men who often overshadow them.

“We need to contribute in the management of regional affairs in particular, in this respect, the law should support equal access by women and men to elected offices,” added Meryem

Women, who have seats in the parliament, do not represent their aspirations, they only represent political parties.

Meryem as a Long-winded activist refuses to reduce the Amazigh cause in just intellectual preoccupation; she describes it as an existential question of identity in the forefront.

“Our rights are deeply linked to the rights of the Amazigh movement, and by achieving the amazigh movement demands we will eventually achieve ours too,” said Meryem.

Considering the achievements in the field of promoting democracy, Morocco is in a position today to start establishing an advanced regionalization in managing the different parts of the country, and by respecting the particularity of each area, Morocco will definitely manage its diversity.