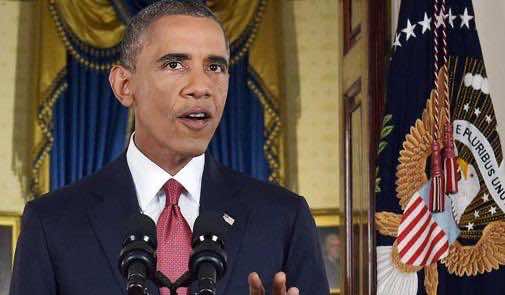 New York – It is puzzling why we tolerate the use of the term “war” for supposedly benign efforts: the War on Drugs, War on Poverty, and the now-dominant War on Terror.

War, of course, is a deadly force whose sole purpose is to destroy, not construct, and every so-called War on [insert subject] has been a dismal failure, with ever-greater number of innocent victims paying a terrible price and a cruelly ironic exacerbation of the thing to be destroyed. The present War on Terror has created more terror, more war, and with the Obama administration preparing for a comprehensive assault against the so-called Islamic State (IS), more US military intervention in a region familiar with relentless intervention from foreign powers. The response to IS, now necessary given the harsh reality in Syria and Iraq, is poised to represent a further embracing of this counterrorism approach, which poses a greater threat to the US than any other extremist group, including IS itself.

President Obama strove to distinguish the threat posed IS in his Wednesday night address, commenting on the group’s unbelievable brutality and offering a four-point plan based on a mix of airpower, enhanced support for local armed groups, and humanitarian efforts. Obama was clear that the US “will not hesitate to action in Syria,” and indeed the path to “degrad[ing] and ultimately destroy[ing]” IS leads to Syria, a bitter irony for the Obama administration which sought every effort to do nothing as the conflict in Syria took off. Following the frenzied donation of weapons and capital by major Sunni states like Saudi Arabia and Qatar to almost anyone who claimed to oppose the hated Assad regime, IS was able to emerge to the top, capturing an enormous swath of territory and proclaiming a Caliphate, instantly outdoing al-Qaeda in their shared ideological goals.

Obama’s initiative, however, reads like a familiar script. Once more we will be sending our typical export to the Middle East: the weapons of war, rather than tools to help the people of the region live the kinds of lives they wish to. Unbearably, history is set to repeat itself: the talk of assembling coalitions, of facing unspeakable evil in the Middle East, and the prospect of seeming unlimited war are all too familiar. The comparisons to counterrorism efforts in Somalia and Yemen alone attest to the lack of temporality in the War on Terror–places where the US has made no declaration of war yet operates with impunity, killing scores of innocent civilians in the process with menacing drones that serve to terrorize and destroy.

In addition, Obama’s initiative skirts around an uncomfortable fact: the threat of IS unifies allies and antagonists alike in the region. If IS is unique in any regard, it is that they have alarmed every state in the region, Sunni and Shia alike, creating an awkward convergence of interests among rather bitter enemies (Saudi Arabia and Iran, for instance). By going after IS in Syria, for instance, it will serve the Assad regime’s interests, and it is unlikely that the US will throw enough weight behind the Syrian “moderate” opposition to both a) serve as a counterweight to IS and b) be a more equal match against Assad. Though US airpower is clearly marked for IS, it would be foolish to think that Assad would be the next target. Rather, Assad will exploit these circumstances to paint himself once again as the bulwark against extremism, and the long-suffering Syrian people will continue to exist in the crossfire.

A fear remains, however–one that will haunt us if we go about it as business as usual. It is the fear that going after IS will do little to address the fundamental issues at the heart of the many conflicts in the Middle East. The image of the US in the Middle East is not favorable; with the drone assassination campaign, support for brutal dictators and regimes, and unqualified support for Israel, it is no wonder that across the region, the US is considered the greatest threat to peace in the world. While such sentiment is typically laughed out of the room in the enlightened West, we ignore such opinions at our peril.

On this solemn anniversary of 9/11, it is surreal to be at this juncture. Worldwide sympathy for the US was squandered in the declaration of unlimited war, and thirteen years later we are witnessing the US further entrenching itself in the Middle East. Will we ever be able to extricate ourselves from this cycle? The threat faced by the US is an ideology, not just physical entities. Terror thrives on violence, and if the US is serious about eradicating this very real threat, it must consider looking beyond bombs and seek to redefine itself in a land that knows only too well the true meaning of the policies that emanate from Washington.