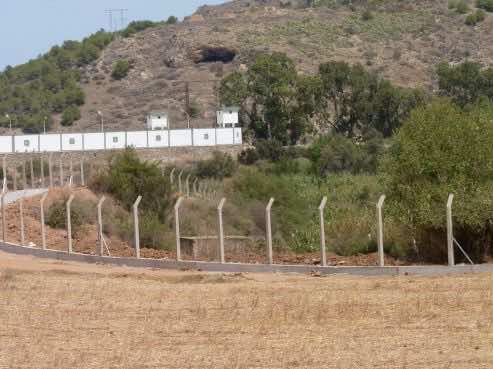 San Francisco- Just as countries around the globe often celebrate their reconciliation and their union, we in North Africa just unceremoniously celebrated the 20th anniversary of the closing of the borders between Morocco and Algeria.

It’s an established fact that the closing of the borders impeded economic integration between the Maghreb countries in general, but what you don’t often hear is the devastating effects on how the people of the region have grown apart in the last five decades. This is extremely important because people of the region are increasingly drifting apart. With every diplomatic scuffle we are less likely to ever experience peace, harmony, and prosperity in the region. The median age in Morocco and Algeria is about 26.5 years old, which means that the majority of the living population of both countries has never lived in understanding and harmony. .

Nothing could be easier than throwing blame on the other country, but are people of the Maghreb benefiting from what has been taken place in a more than half a century? Morocco has time and again asked the Algerians to let the UN deal with the Western Sahara issue, and the Algerians have always maintained that they have no interest in Western Sahara. Sounds reasonable, right? As a matter of fact, just on Tuesday, the Algerian minister of foreign affairs claimed that “Algeria has no dispute with Morocco.” So why is the conflict still alive and only getting worse?

In 2006, Algerian military expenditures were $3.6 billion and Morocco’s were $2.4 billion. Today, Algeria became the first country in Africa with military spending of over $10 billion, an increase of 8.8 per cent since 2012, and 176 per cent since 2004. It is a staggering increase in spending that the Algerian citizen cannot afford. The West could not be more pleased with this phenomenon of excessive spending. In fact, Germany has decided to build a military vehicle assembly facility in Algeria and Russia plans to build a “peaceful” nuclear power plant for the Algerians.

Morocco and Algeria could have easily worked out a plan to take advantage of the vast Sahara and cooperate to build a large and safe solar plant for their own needs (and perhaps export to Europe) without needing the Russians or the Germans to take advantage of our discord. Instead, the leaders of Algeria have decided to invite the West to boss us around in our own countries.

When the French and the Spanish tried venomously to separate us, they did not taken account that it is no easy task to break the solid relationship of people united by culture, language, and religion. Those who fought for our countries would be ashamed of us to see that getting rid of colonial rule made us enemies instead of friends.

Our separation is not what they had in mind when they sacrificed their lives fighting for us to have a dignified future. We should at least honor their sacrifice by not going after each other like mad dogs.

We certainly disappointed our founders when we crossed our arms and simply watched flawed and corrupt leaders leading us into an open-ended war. I cannot help but think about our brothers and sisters in Algeria “reelecting” a wheelchair-ridden president for the fourth term. How are we going to gain any respect from the democratic world and keep our heads high? Where is the “nif”, the pride that Algerians think they possess plenty of?

Is this Algeria the land of a million martyrs, going after their neighbor for over fifty years? Is this what Algerians are supposed to be proud of? There is no doubt in my mind, that given a choice, Algerians would do everything in their power to remove the borders of hate. We know that Moroccans have been asking for the opening of the borders since the crowning of the new king. Let us hope that the Algerian regime wakes up and realizes that it cannot go it alone, and ] strength could come from our union. The European Union should serve as an example if in doubt.

Terror is once again knocking on their door from Niger to Libya, and they will need Morocco to combat this virus called Aqmi, the Islamic State, and such.

Lastly, let us give a thumbs-up to the Association ”Youth without Borders,” who are working on organizing a symbolic volleyball game over the Moroccan-Algerian border on October 31st, 2014. We need the young generation to change the status quo. They cannot sit still and expect the ancient regime to do a thing for them.

Let’s hope that the authorities in both countries will allow this game to take a place.