Rabat- Several Moroccan unions announced the organization of a general strike in the public sector on September 23, at the call of the Democratic Labor Federation (FDT). 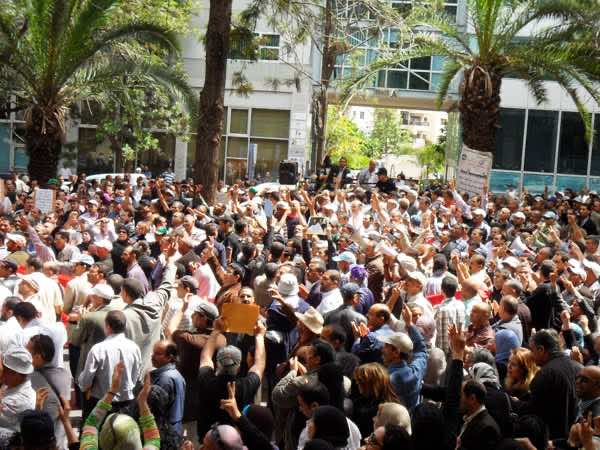 Rabat- Several Moroccan unions announced the organization of a general strike in the public sector on September 23, at the call of the Democratic Labor Federation (FDT).

“This is our way of saying ‘no’ to the government’s decision to keep employees in higher education in their positions after they are 60 years old [the age of retirement in Morocco],” said Abdelhamid Fatihi, head of the FDT, at a press conference held on Thursday in Casablanca.

According Alyaoum24.com, the General Union of Workers of Morocco (UGTM) has confirmed its participation at the end of a meeting this Friday, September 12.

The leaders of the FDT said the Moroccan Labor Union (UMT) should respond to the call of the strike after its decision-making bodies gathered.

However, the Democratic Confederation of Labor (CDT) has not responded to the call for strike.

“This union has not responded to our efforts to reach out to them,” says Abdelhamid Fatihi.

The call for a general strike in public sector is a reaction of the syndicates to the recent “unilateral government decisions”, which mainly harm employees.