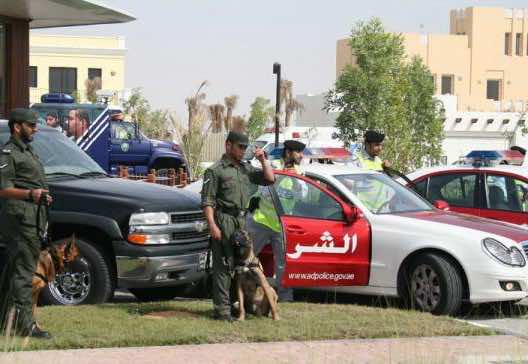 Two Emirati police officers were sentenced by the Dubai Criminal court to three years in prison after being accused of trying to blackmail a Moroccan woman into having sex with them in return for not arresting her, according to Emirati website The National.

The incident dates back to February 5 of this year when a Moroccan woman was asked by the two officers aged 22 and 26 respectively to have sex with them as payment for not taking her to a police station after it turned out that she is an illegal immigrant.

The 34-year-old Moroccan woman told prosecutors that a police patrol stopped her while she was in a taxi with a friend.

“They asked for our IDs so I handed him my passport, which he checked on the system. Then he asked me to accompany them to the patrol car because I was an illegal resident,” she was quoted by the National as saying.

The woman added that while in the police car one of the officers told her that he will let her go if she accepted joining him at a hotel and had sex with him.

According to the same source, she said during the court hearing: “I took his phone number and told him we can be friends, then the told his colleague that I agreed to have sex with him in the next day so they let me go.”

However, the officers refused to return the passport to the Moroccan woman.

The next day she contacted the police about the matter and was given a phone to record further conversations with both men, according to the same source.

The woman received several phone calls from one of the officers. Most calls were about having sex in return for her passport. The officer was later arrested red handed after agreeing to meet the Moroccan woman.

One of the officers was charged in absentia after he did not appear at the Dubai criminal court. The court also ordered that both men be dismissed from their posts.