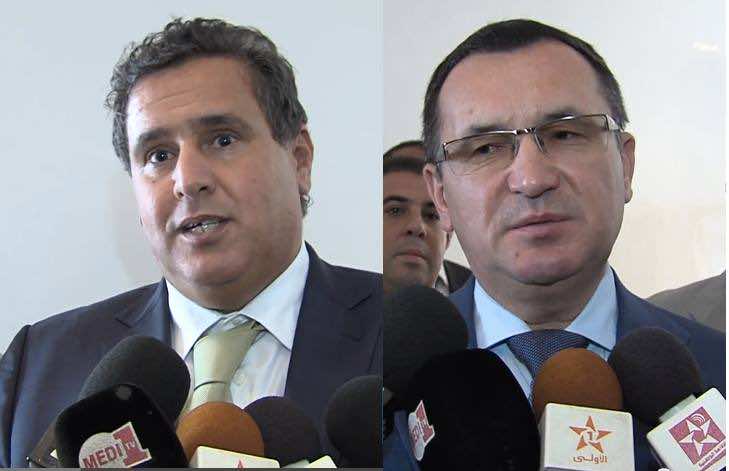 The Russian agriculture minister told reporters that the meeting, taking place on the eve of the Moroccan-Russian joint commission, “means to deepen strategic ties between the two countries.”

He also recalled that statistics for the 2013-2014 period show that “Russian imports of Moroccan produce increased by 40pc”, noting that Russians are fond of Moroccan citrus fruits and fish.

After praising Moroccans’ respect for conditions of food, animal and plant security, he called for improving exchanges and “mutually beneficial” cooperation and reinforcing contacts between the two countries economic operators.

The Moroccan minister noted that Russia is a traditional market for Morocco, expressing satisfaction that 87 Moroccan fish products received the Russian authorities’ license to export their products.

The two ministers also voiced satisfaction at the implementation of the cooperation agreement in the fisheries sectors and the effective start of cooperation in sea training, as Russia is offering 20 scholarships to Moroccan students for the 2014-205 academic year in its sea training institutes and plans to grant additional scholarships for the 2015-2015 academic year.

The two ministers insisted on the need to carry on efforts to improve scientific and technical cooperation to monitor the deep sea ecosystem and reinforce mutually-profitable cooperation in associated industries.

As much as 97pc of Moroccan exports to Russia consist of agriculture and fisheries products. Russia is the 2nd largest market of Moroccan agro-food products with 6.3pc, after the European Union (62.7pc).

The Russian minister is on an official visit to Morocco together with the vice agriculture minister, the chairman of the Russian fisheries agency and several executives of agriculture organizations.