Austin - The history of Arabic teaching in the U.S reflects to a certain extent the changes that the Arab-American relations have undergone. At the University of Texas at Austin, perhaps nobody can talk about these issues better than Mahmoud Al-Batal, or Si Mahmoud as I like to call him, the Director of the Arabic Flagship Program at UT. 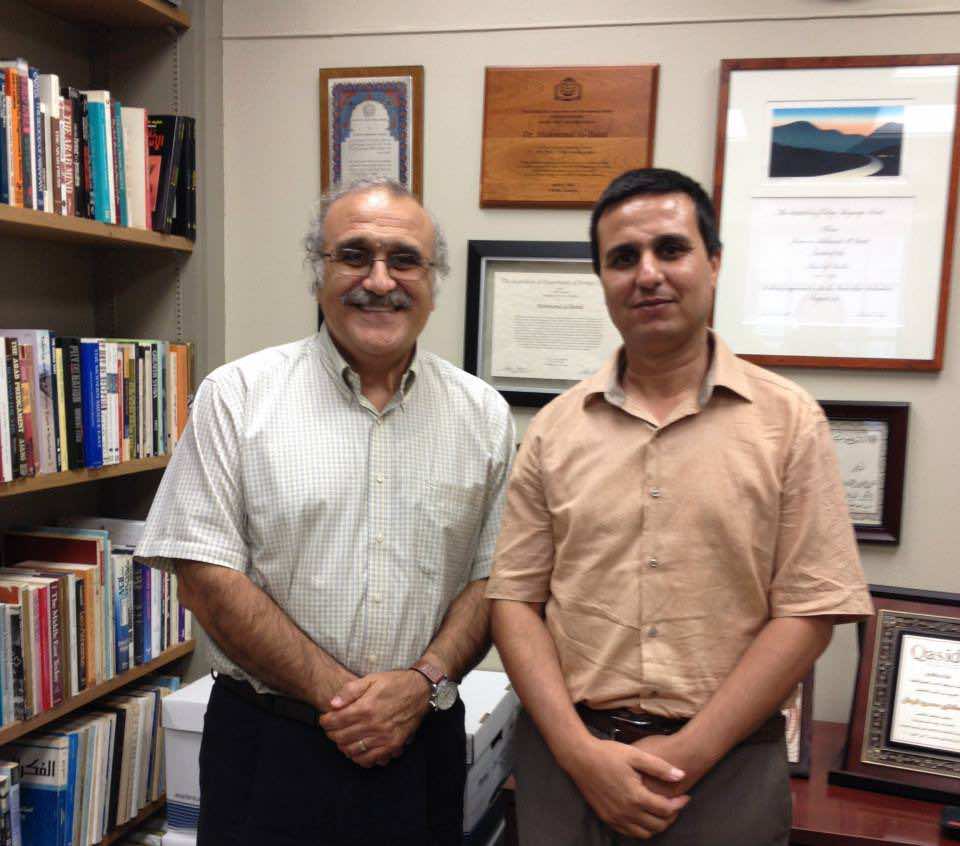 Austin – The history of Arabic teaching in the U.S reflects to a certain extent the changes that the Arab-American relations have undergone. At the University of Texas at Austin, perhaps nobody can talk about these issues better than Mahmoud Al-Batal, or Si Mahmoud as I like to call him, the Director of the Arabic Flagship Program at UT.

Si Mahmoud has been teaching Arabic in the U.S. for almost thirty years. After getting his B.A and an Education diploma from the Lebanese University in Beirut, he traveled to America to study Arabic linguistics at the University of Michigan, Ann Arbor. He got an M.A degree in 1981 and a PhD in 1985, after which he returned to Egypt to work as a visiting assistant professor at the American University in Cairo. Since civil war was still raging in Lebanon at that time, he decided two years later to come back to the States where he worked as assistant professor of Arabic at Emory University, Director of Arabic School at Middlebury College, and held many other positions between 1987 and 2006. In 2006, he joined UT at Austin and held the position of Director of the Arabic Flagship Program and a Professor of Arabic since then. During this long experience, he has witnessed many changes in the status of Arabic as well as in the methods used to teach it, and he played a major role in some of these changes.

According to Si Mahmoud, teaching Arabic in the U.S was not much different from the way it was taught in the Arab world. The focus was more on reading than on communication. In fact, even reading was practically subordinate to rules of grammar. The textbooks used in those days began with parts of speech, tenses, and similar topics arranged in the order most Arabic grammar textbooks follow. The student had to wrestle with the final vocalization of nouns, learn the rules of “i3raab” and try to apply them correctly, just like what students of mathematics do. In brief, Arabic was taught as a dead language, as Mahmoud put it. This method perhaps suited the objectives of Arabic learners in those days. They were mostly students interested in traditional literature and thought, and very few of them considered traveling in the region or knowing the people. Besides, very few American students opted for Arabic as a foreign language: their number was around 3000 all over the country in 1987, compared with around 48000 today. A considerable number of those 3000 students were of Arab or Muslim origin who wanted to keep in touch with the culture of their parents.

Faced with this situation, Si Mahmoud began to develop some dissatisfaction, especially that he came from the Faculty of Education where innovative teaching methods were well-known. In the 1980’s, a trend in foreign language teaching was developing according to which the focus on grammar was fruitless and could not lead to an eventual mastery of the language. Instead, the focus was shifting toward communication. Within this pedagogical atmosphere, Si Mahmoud developed the conviction that Arabic should be taught as a living language. Indeed, he adopts a special view of the language which he thinks could be useful even in Arabic-speaking countries. For him, there is one Arabic language, but with various levels. The focus on the written/literary level alone can only lead to the alienation of this level (i.e. fusHaa) from everyday life and lead, ultimately, to its death. Speakers use a language for various purposes: informing, chatting, etc. in addition to reading and writing, and any language that is incapable of expressing any of these functions is not a full-fledged language. He points out that Arabic textbooks intended for Arab students tend to include only texts from classical sources, and wonders: what about newspapers, modern literature, the media, etc. don’t they use Arabic? In this connection, he thinks that teaching language functions should be given priority over forms. With this idea in mind, many of the obsolete forms that are rarely used today, though they still keep an important place in Arabic grammar books, should be overlooked, at least in the beginning stages.

It was within this framework that Si Mahmoud started to think seriously about changing his approach to Arabic teaching. When he was nominated Director of the School of Arabic at Middlebury College in 1991, he seized the opportunity to put to practice the ideas he had had for some time. In the few ensuing years, he published, in collaboration with Kristen Brustad and Abbas Al-Tounsi, the first textbook to use the communicative approach to teaching Arabic as a foreign language. According to him, students spend a whole school year without being exposed to the so-called “i3raab”. The focus is mainly on listening, speaking, reading and writing. Of course, for the purposes of communication with native-speakers of Arabic, it would be absurd to train foreign learners to use FusHaa for everyday ordinary purposes. That’s why these learners are exposed right from the beginning to Arabic dialects. I’ve noticed, though, that most students use Egyptian or Levantine varieties and, to a lesser extent, Moroccan Darija. According to Si Mahmoud, this is mainly because most Arabic teachers working at UT come from these two regions. Since the Arabic Flagship Program has moved its centre from Egypt to Méknes, Morocco, it is expected that we will witness more and more use of Darija among American learners of Arabic.

Then came the rise in demand for learning Arabic after the sad events of 9/11. Si Mahmoud explains that the Arabic Flagship Program was launched by the government immediately after these events. Its objective was to form managers who could operate in the Middle East or serve as interface between the American government and the local populations. Arabic soon became one of the “critical” languages, like Russian, Chinese, Japanese, Farsi and a few others. Ordinary Americans also wanted to learn about the Middle East in order to understand what was going on. I told Mahmoud that I couldn’t understand how, instead of turning their back to those who attacked them, Americans started to invest more and more effort and money to understand them. He replied that there were indeed people who were of the opinion to cut all channels of communication with Arabs and Muslims, but those who advocated a rational approach managed to prevail eventually, though not completely. According to him, American learners of Arabic are already serving as a bridge between the two cultures. Indeed, it is part of the training of these learners to spend some time in an Arabic-speaking country to practice the language, and most of them come back with positive attitudes and probably some personal relations.

Together with his colleagues, Si Mahmoud is working hard to form the next generations of American speakers and teachers of Arabic, and he believes that these will contribute to changing the stereotypes that Americans generally hold about Arabs and Muslims.