Marrakech - British and French authorities have agreed on measures to deal with the influx of illegal migrants who have gathered near the port of Calais. 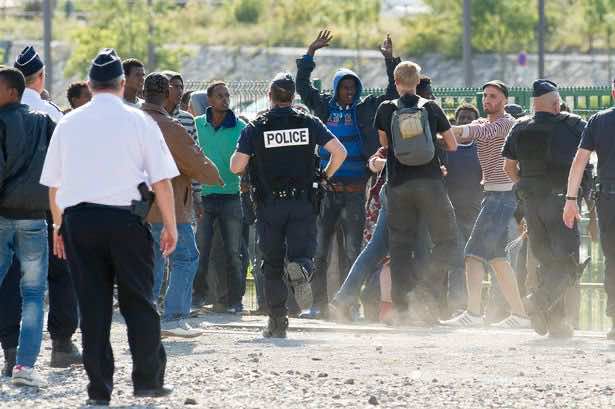 Marrakech – British and French authorities have agreed on measures to deal with the influx of illegal migrants who have gathered near the port of Calais.

The mayor of Calais threatened to close the port unless the British government took action to help prevent the migrants trying to force their way onto vessels sailing to the UK. He blamed the migrant problem on the UK’s lenient welfare system.

British Home Secretary Theresa May and her French counterpart, Interior Minister Bernard Cazeneuve, signed an agreement in which the UK would contribute five million euros a year for three years to boost security at the Port of Calais, “and protect the vulnerable”, according to the French Interior Minister, as quoted by France 24. Both France and the UK will work together to combat human trafficking gangs.

French officials estimate that there are 1,500 illegal immigrants in Calais, representing an increase of 50 percent. As the world refugee crisis increases, Europe’s far-right political groups like the English Defence League (EDL) are becoming more vocal. British anti-EU sentiment has also been increasing, according to the report. Meanwhile in France, Marine Le Pen’s National Front party won 14% of the vote in the Calais local elections, and support for the National Front elsewhere in the country is also increasing.

The British newspaper the Guardian reported that French opinion polls show that Marine Le Pen, leader of the National Front, had topped the list of French presidential candidates for the first time, as President François Hollande’s approval rating was at its lowest point ever.