Taroudant, Morocco - Architecture company Narrowminded Architects has teamed up with BOM Architects and presented a proposal for a new Marrakech Central Bus Terminal, according to Archdaily. 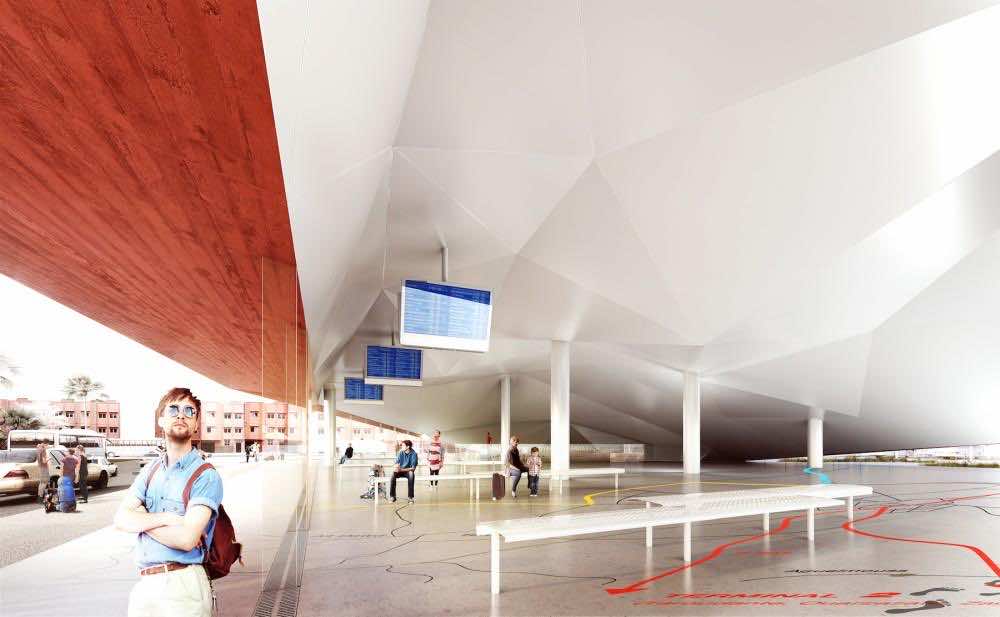 By
Larbi Arbaoui
-
Larbi is a freelance writer and assistant editor at Morocco World News.
Sep 21, 2014
Spread the love

Taroudant, Morocco – Architecture company Narrowminded Architects has teamed up with BOM Architects and presented a proposal for a new Marrakech Central Bus Terminal, according to Archdaily.

In an attempt to address the problem of increasingly congested traffic, and to match the modern design that is characteristic of most buildings in Africa’s best tourist destination, Marrakech is likely to adopt a proposal to renew its very old and busy bus station.

“Together, the architects found that obsolete infrastructure, unclear orientation, hazardous traffic density, rampant pollution, and confusing overlaps between vehicular and pedestrian flow were all contributing factors in the inefficiencies and hindered advancement of the terminal,” the website Archdaily said.

After the renovation of Marrakech’s international airport, one of the largest and busiest of Morocco, the Ochre City is now willing to create a new modern bus station that will better serve passengers and meet international design standards.

The same source added that “the design prioritizes efficiency and order, placing focus on the following: independence of all transportation flows, spatial continuity and interdependence of all buildings, programmatic fragmentation to reduce the equipment’s overall scale, and creation of a vibrant, green pedestrian path linking the multiple infrastructural compounds.”

The design teams behind this ambitious and promising project are Younes Diouri and Timothée Boitouzet from Narrowminded Architects, a group of architects, builders, researchers, and designers based in Tangier and Paris, and Khalid Ait El Madani of BOM Architects based in Morocco.

Archdaily also said that the new bus station would have three terminals.

With respect to Morocco’s architectural specificities and heritage, the building will have “concrete and red-tinted roofs, exuding a timeless yet contemporary visual link to the aesthetics of the city.”