Marrakech - According to the former parts of the published essay "Using Technology in Communicative Language Teaching Approach,"[Part 1, Part 2, Part 3] we saw the extent to which Information and Communications Technology (ICT) and Communicative Language Teaching (CLT) could enhance the learning process in English as a Foreign Language (EFL) classrooms. Thus, this approach would not let technology be only a tool of giving instructions in EFL classrooms, but a tool that could be used to teach communicatively. 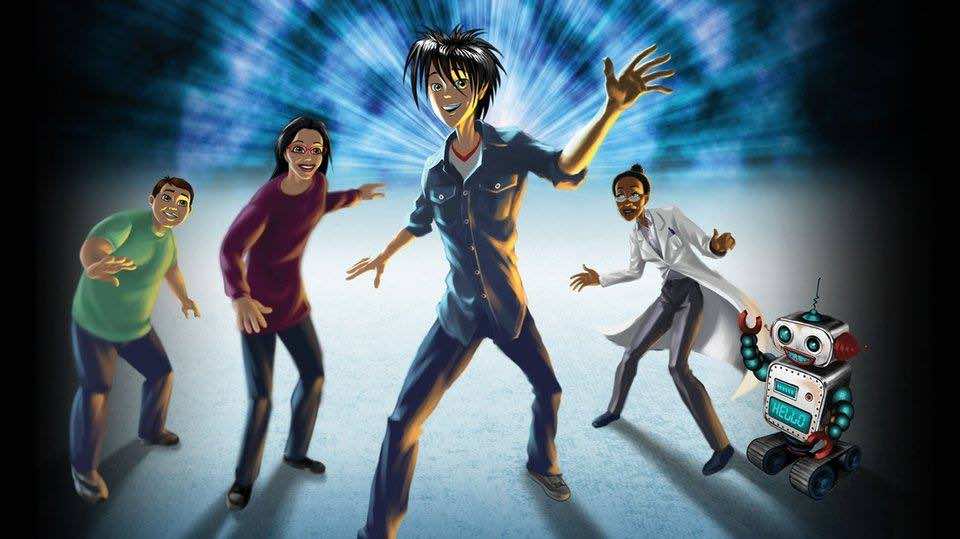 Marrakech – According to the former parts of the published essay “Using Technology in Communicative Language Teaching Approach,”[Part 1, Part 2, Part 3] we saw the extent to which Information and Communications Technology (ICT) and Communicative Language Teaching (CLT) could enhance the learning process in English as a Foreign Language (EFL) classrooms. Thus, this approach would not let technology be only a tool of giving instructions in EFL classrooms, but a tool that could be used to teach communicatively.

However , this method of using techonology communicatively in EFL classrooms, could be apparent through some virtual games such as the one we mentioned in the previous article, Semi Town ,which  is an effective communicative way of teaching in class.

To clarify more this point of using virtual games in class, I chose to study Trace Effect as a new adapted game in EFL classrooms; It is, just like Semi Town, considered one of the successful games that could help students learn and have fun at the same time. In this article, I will first introduce and describe the game, and then deduce the language functions and civic manners to be learnt from it. At the end of the article, it is my hope that that many teachers will be interested in adapting such games to their classrooms.

Trace Effect is an interactive 3D immersive video game. It was launched by U.S department of State Bureau of educational and Cultural affairs; Trace Effect aims at enhancing and developing the communicative competences of young English learners. It is available in DVD–based interactive 3D Multimedia, and online websites mainly http://Traceeffects.state.gov.

Trace Effects is a virtual world that simulates the real life situation in USA. Throughout its seven chapters, it represents a lot of situations that a learner may encounter in his or her ordinary life. Within these seven chapters, 27 milestones or practice activities are provided, and named characters are also included, which makes the activities meaningful. At each milestone, Trace, who is the main character of the game, has to solve some problems.

Trace is a university student who has accidentally traveled from the year 2045 to the present time. For Trace to go back home, he is supposed to solve various problems by helping other characters. He needs to acquire several civic manners and complete certain missions so that he can go back home and make the future a better place.

However, since the learners play the role of Trace, they are the ones who have to solve the problems that are given in the game. Learners become the decision makers who decide which actions should be taken to go forward in the game, and help Trace come back home. Also, it is them who drive and direct Trace to places and different contexts based on the instructions that are displayed on the reader software player.

The instructions are organized and divided into three sections. The first section, on the left top of the software reader, is a compass that indicated to the learner the direction of Trace’s goal. Immediately under this section, there is a section detailing the objectives that should be realized by the students. The objectives differ according to the chapter and milestone so that they are constantly changing. The third section, on the bottom right, includes two buttons of options and actions. Learners select the appropriate sentences or speech acts, and communicate with other characters by clicking on some suggestions. The best selection gains the best scores. On the other hand, the button action allows students to choose and take some actions according to their needs; for example, they can give, take, deliver, show, and so on.

To sum up, the main objective of Trace Effect is to allow students the freedom to choose the actions or decisions they want to take. Also, it makes them imagine themselves in real life situations. Thanks to the game, learners become enthusiastic, dynamic and eager to discover American cultural locations such as New York City, San Francisco, and Washington.

Language functions and civic manners to be learnt from the activity

After giving a clear description of Trace Effect game, its pedagogical objectives become relatively obvious. Trace Effect was launched to boost student proficiency and abilities. It allows the student to learn the language functions communicatively by being involved in actions and decision making. Students learn about language functions as forms and speech acts to be realized or followed when in such situations.

For instance, chapter six emphasizes the use of request as a language function. Using requests in everyday life is very common. In the game, Trace is supposed to help other people to solve some problems. Here, Trace is obliged to move from a character to another one asking them for help.

At the very beginning of the chapter, Trace comes to Sophie, a character in the game, and asks her for some coffee. Bearing in mind that Trace is a learner and player, if he or she asks in a polite way as it is suggested, he or she goes forward and gains more scores. A suggestion a learner should use when requesting is when Trace says “Hi Sophie … can I try some coffee.”  From this the learner learns how to make a request, and how to respond to it as well. Sophie replies “I’m afraid no, unfortunately I forgot to buy coffee beans” which is a negative response but in a positive way. Also, when Trace offers his help to bring her the beans, in her turn, Sophie asks him again to bring a grind for her. Trace answers “sorry, Sophie, I do not have anything to grind beans.” Here the students learn in a communicative way how to make a request, and an apology at the same time.

Additionally in chapter 1, milestone 2, a female student asks Trace to show her where she could get the student ID, and she asks “Excuse me where can I get the student ID?” Trace answers “At the students’ services office”. By asking people on the street for directions, the learner learns how to ask politely for some information, an action that is immediately applicable to real-life situations.

In chapter 4, the sequenced millstones teach some civic manners to students, and let them work in groups to find out some solutions to reduce and recycle the trash. In the course of this situation, Trace has to advise people who throw trash in public places, rivers and so on.

For example, when Trace comes across a group of characters and offers to help them recycle the bottles they throw away for less pollution, he says “if you recycle the bottles, they won’t pollute the river,” and “they should recycle.” A learner learns  how bad it is to throw trash in public places, and how to advise others not to do so in a polite way, even though the suggestions of asking and answering are always given within the game so that a learner chooses freely how he or she wants to do an action.

Afterward, Trace runs across Sydney, a character who uses plastic bags, and gives her suggestions of using other bags instead of the plastic ones that contribute to the pollution. Trace suggests “I’m sorry but if the plastic gets in the river, it hurts the fish. Maybe you could find a reusable bag” there are other suggestion forms such as “there are bags in the river. You need a reusable bag,” but the first one seems to be a better way, in this situation, to make a suggestion or give some advice.

Finally, while the practice activities are taking place in the virtual streets and public places, students become more familiar with the appropriate language functions to use in real life.  It shows them the polite way to perform an action, and a positive or negative aspect to respond to it. Students interact, play and learn at the same time, learning how to use language functions in a meaningful and easy way. They grow familiar with the fact that they should be responsible for their actions, and that what they learn in class should be practiced and related to their real life out of the class. In fact, Trace Effect helps them go transced the limitations of the classroom, and the traditional and mechanical way of teaching and learning that might be empty of any contextualization.