Marrakech - The US is launching Tomahawk Cruise Missiles  against ISIS targets in Syria. The Washington post reports that the missiles were probably launched from naval ships or submarines in the eastern Mediterranean. 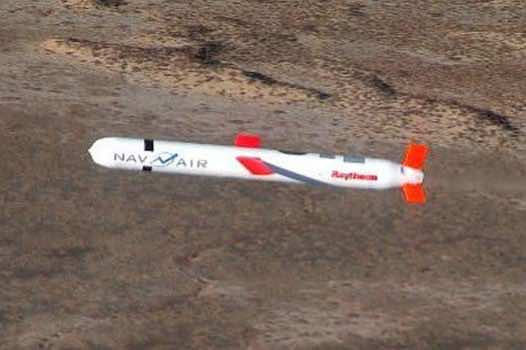 Marrakech – The US is launching Tomahawk Cruise Missiles  against ISIS targets in Syria. The Washington post reports that the missiles were probably launched from naval ships or submarines in the eastern Mediterranean.

Cruise missiles were used against Al Qaeda targets in Afghanistan after 9/11 and in the first Gulf War in 1991 and during the invasion of Iraq in 2003 and against Libya in 2011.

The use of Tomahawk missiles in Syria has not been recorded so far and is significant. It confirms that General Lloyd Austin has been given a free hand to strike ISIS targets in Syria using whatever force is required.

The Washington Post reports that cruise missiles were in position in August 2013 to strike at the Assad regime following its use of chemical weapons. They were never used because President Obama decided to seek congressional approval for the action.

The Tomahawk Cruise Missile is a fearsome long range guided weapon made by Raytheon. It is 18 feet long and  usually carries a 1,000 pound warhead and has a range of up to 1,000 miles. It is a precision guided missile and is used against stationary targets. It’s against ISIS installations in Syria and will help reduce the risk to U.S. pilots should the Assad government choose to use its antiaircraft missile systems.

The Assad government said it had been warned by the US prior to the attack launched last night.