Marrakech - The Foreign Ministers of Iran and Saudi Arabia met on Monday in New York. It was the first such meeting of the two great Islamic powers since the election of Iranian President Hassan Rouhani in 2013. 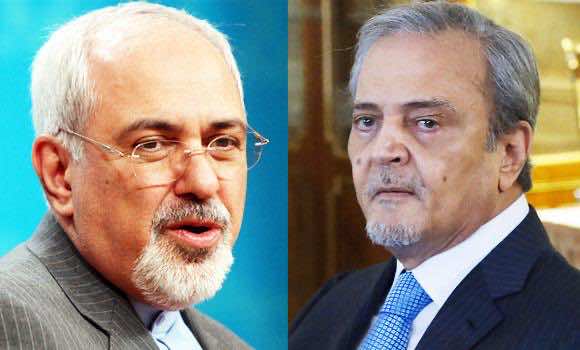 Marrakech – The Foreign Ministers of Iran and Saudi Arabia met on Monday in New York. It was the first such meeting of the two great Islamic powers since the election of Iranian President Hassan Rouhani in 2013.

An article by Iran’s official press agency IRNA reviewed by the UK Guardian newspaper quoted  Mohamed Javed Zarif as saying: “Both my Saudi counterpart and I believe that this meeting will be the first page of a new chapter in our two countries’ relations.”

“We hope that this new chapter will be effective in establishing regional and global peace and security and will safeguard the interests of Muslim nations across the world.“ the Iranian foreign minister added.

IRNA quoted Prince Saud al-Faisal as saying: “We are aware of the importance and sensitivity of this crisis and the opportunity we have ahead of us. We believe that by using this precious opportunity and avoid the mistakes of the past, we can deal with this crisis successfully,” he said.

“These two countries are influential in the region and cooperation between them will have clear effects on the establishment of regional and global security,“ he added.

The tension between the Shia and Sunni sides has overshadowed life in the Middle East region for generations. Any move to better relations in the current military campaign led by the U.S. and its allies against ISIS may yield important benefits.

Iranian troops are said to be in Iraq and Syria and the situation on the ground is highly unstable with Israel shooting down a Syrian fighter over the Golan Heights. Israeli hostility towards Iran is yet another complication.

In another development, UK Prime Minister David Cameron announced that he would hold the first bilateral UK Iranian talks with President Hussein Rohani in New York, since the Iranian revolution in 1979.

British relations with Iran have been difficult for many years and the Prime Minister is seeking to use a recent thaw in relations to ask Iran to drop its support for President Assad who “created the conditions that have allowed terrorism to flourish,” according to a Downing Street  statement quoted by the Guardian.

This may perhaps be an over optimistic  assessment. Cameron will also seek progress  on the nuclear issue with Iran.

Iran was excluded from the Paris conference on ISIS and US Secretary of State John Kerry had said that Iran had no part to play in the coalition against ISIS despite the fact that it has forces on the ground in Iraq and Syria.