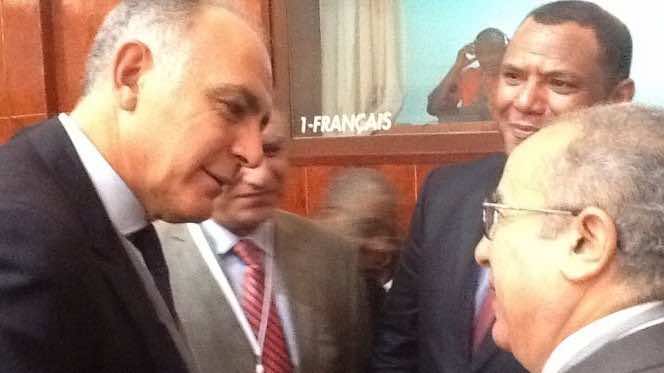 San Francisco- There is no denial that since naming Salaheddine Mezouar the head of Moroccan diplomacy, we are now witnessing a different ball game with regards to the Western Sahara issue. He is a shrewd public servant. His first major mission was to plug the holes that the Polisario was using to undermine Morocco, and so far he done a magnificent job.

We no longer see Polisario sympathizers using Laayoune as a starting point to go after Morocco’s handling of the Sahara. Morocco has now adopted a new policy banning visits to the southern provinces for anyone whose agenda is to disturb the peace.

The Moroccan Foreign Minister and his team, composed of Mbarka Bouaida, Omar Hilale, and Hassan Boukili are now frequently taking to the airwaves, to counter any and all misinformation advanced by Algeria and its puppets. This is an extremely important step in the right direction. In the past, Moroccan officials were frequently placed on the defensive, and at times, they were at a loss for words. Now with this new team, the tables have turned.

The Polisario is in such disarray that they don’t know where to turn, or what to do. They have gone so far as accusing the UN of taking Morocco’s side. This week, one of their representatives made the following statement in a press conference in Algiers,

“We accuse the group of five of kidnapping the Saharawi cause and impeding the process of decolonization in the Western Sahara”. Their leader Mohamed Abdelaziz is now making a habit of writing letters to the UN secretary general on a weekly basis to complain about the way in which Morocco handles those who are not allowed to disturb the peace, as was the case of those who were schooled in Boumerdes Algeria, on how to shake things up in the Sahara.

He even complained to the UN secretary about how their baggage was handled by Moroccan airport officials. These claims only go to show how pathetic and weak they have become. The new found vigilance on the part of Moroccan authorities has not helped their cause either.

In the past, Moroccans waited for the Polisario to throw the first punch, but now under Mezouar’s leadership Moroccans have learned to predict what’s coming at them and prepare for it in order to better counter it.

It should not come as a surprise that someone has noticed this new strength in Morocco’s foreign policy under Mezouar, and tried venomously to distort his reputation by circulating a letter supposedly sent to him by Laurant Fabius, in which the French top diplomat allegedly nformed his Moroccan counterpart that he had helped secure a job for his daughter in France.

About a month before the mysterious appearance of this letter, Mezouar was subject to another smear campaign accusing him of receiving French Nationality. It is becoming ever more obvious that someone is trying to put a stop to the excellent work Mezouar and his capable team are doing, and I cannot think of anyone other than those who have much to lose when Moroccan diplomats shine.

While Mezouar and his team are making progress in stopping the avalanche of lies coming from Algeria’s puppets, this is by no means a sealed victory. Moroccan authorities need to constantly be aware that in every passing second, someone in Algeria is planning the next move to defeat Morocco. Defending territorial integrity is a 365 day a year, 24 hour a day job.

Let us hope that this is very well understood on the part of each and every Moroccan, no matter where they are. Algeria becoming the first country in Africa spending over $10 billion on its military is no coincidence. This is a well thought out strategy from the Algerian military regime, which holds their own people hostage thanks to their primitive and vindictive thinking.

We are fighting relentless foes that will not be satisfied until they see Moroccans on their knees. This regime— which is holding peace talks between the stakeholders of Mali, getting deeply involved in Libya, handing out millions of dollars to Tunisia, and forgiving debts of many African countries who subscribe to their theories— is doing everything possible to create chaos in Morocco, oblivious to the fact that if anything goes wrong in Morocco, Algeria will not be spared.

There are major arrangements taking place behind closed doors in El Mouradia in preparation for a time after Bouteflika, who is incapacitated. All signs indicate that his brother Said Bouteflika will be the next major decision maker, even if it’s in total secrecy as is the case with the head of the Secret Service General Tewfik. We have witnessed several high profiles firing and hiring in the last few months, this is bad news for Morocco as the Algerian regime will continue to go against Morocco for decades to come. Said Bouteflika is only 57 years old, and will have many years to follow his brother’s footsteps, never to make peace with Morocco.

Let’s hope that someday, and hopefully soon, the Algerian people wake from their sleep and evict this regime—peacefully I must add. Algerians like to think of themselves as proud people; I will believe it when they remove this regime led by a wheelchair-ridden president and who has taken from them everything to be proud of. This regime will not be able to sustain handouts for long and hiring security officers by the tens of thousands to prevent the Algerian people from asking for their rights.