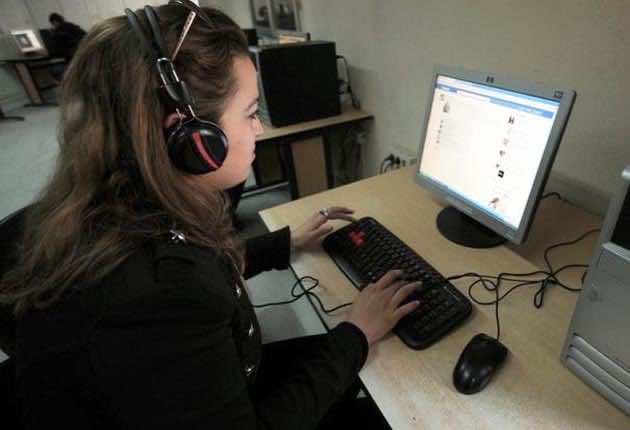 Morocco Digital Cluster conducted a survey in partnership with Market Research & Intelligence agency Averty. The report used  investigative opinion polls and an online survey during the month of July 2014 to measure the use of the internet and social networking in Morocco.

The investigation involved 1,000 respondents spread over 40 cities. 30% of  the respondents were from Casablanca, Rabat 10% and 7% each from Marrakech and Agadir. The study mainly investigated the frequency of use and access to the internet by respondents, their behavior in using the Internet in general and an analysis of their use of social networks and e-government services.

According to the report, Moroccans are increasingly using tablets with a mobile internet connection at the expense of the laptop.

Majority of Moroccans Spend 4 hours on the internet

The majority of respondents (53%) spend an average duration of more than 4 hours per day on the internet and the laptop remains the most favorite medium of connection with a usage rate of 78%, followed by the mobile phone (61%), and the desktop which is used by 44% of respondents.

Compared to 2012,  the use of tablets and mobile phones was up 11% and 6% respectively at the expense of the laptop, which experienced a drop of  5%.

Respondents generally connect from their homes (90%), while 37% access the internet from their workplace, and 29% from public places.

The report shows that internet is first option used by Moroccans to obtain information.  77% of respondents  send and receive emails, 73% keep in touch with relatives through the internet, and  63% use it for entertainment.

The report shows a substantial increase for online purchases  compared to 2012, with a sharp increase from 7% to 23%. A progression that has also affected entertainment and downloading.

In terms of the most preferred locations for respondents, Hespress.com retains its position as the most popular Moroccan web followed by Koora.com and Startimes.com site.

Concerning  advertising on the Internet, 41% are interested in any ad format while 16% of respondents believe the banner images or flash is the most attractive  advertising format, 15% prefer video ads and 11% like contests.

The ranking of the most popular social networks remained the same over the past two years. Facebook is the most used social network among respondents with a rate of 96%, followed by Twitter (35%). For professional networks, Linkedin comes first position followed by Viadeo, with respectively 26% and 17% of respondents.

Regarding the frequency of use of social networks, 20% of respondents spend an average  of between 1 and 2 hours per day, 19% spend between 2 and 4 and 18% more than 4 hours.

All recommendations converged on the need to improve the supply of Moroccan websites in terms of content through rich and timely information and value-added services that combine innovation and ease use.

Morocco World News. All Rights Reserved. This material may not be published, rewriting or redistributed.