Dubai- A female pilot has led United Arab Emirates air strikes that targeted Islamic State jihadists in Syria as part of the US-led campaign against extremists. 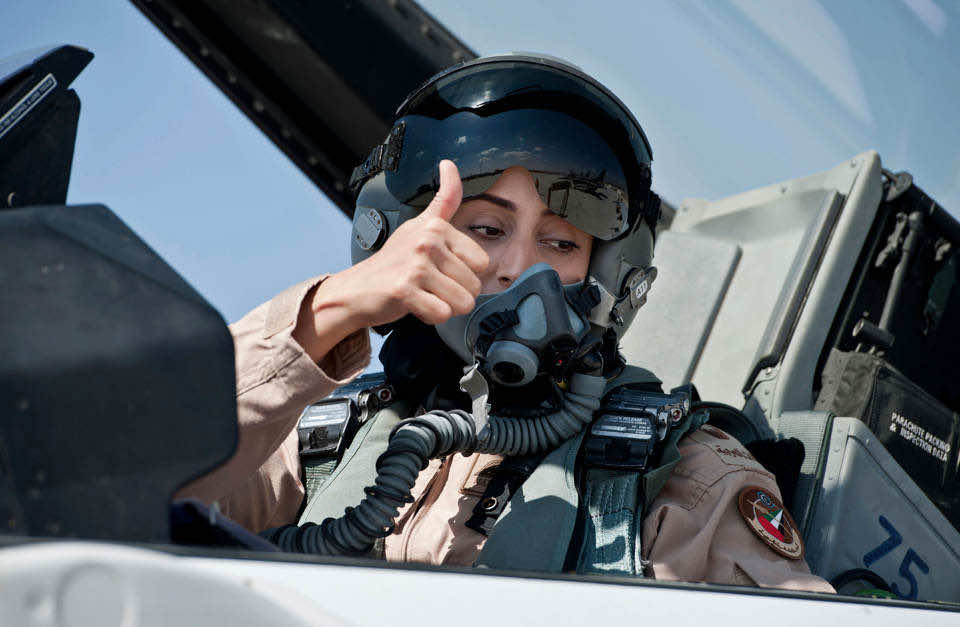 Dubai- A female pilot has led United Arab Emirates air strikes that targeted Islamic State jihadists in Syria as part of the US-led campaign against extremists.

Major Mariam al-Mansouri, 35, “led the squadron” of UAE fighter jets that participated in raids Tuesday against the extremists, an Emirati source familiar with the matter said.

The UAE did not confirm officially that a woman was among the pilots that conducted the raids.

Mansouri is reportedly the first female UAE pilot of a fighter jet. She graduated from Abu Dhabi’s Khalifa bin Zayed Air College in 2007 and is veteran pilot of F-16 warplanes.

Washington has said the United Arab Emirates, Saudi Arabia, Bahrain and Jordan, took part in the strikes on the Islamic State, which has seized swaths of Iraq and northern Syria.

One of the pilots is a son of Crown Prince Salman bin Abdul Aziz, according to Saudi newspapers.

Mansouri’s participation in the raid stirred a debate on social media networks, with supporters posting her picture on Twitter and commending her service.

“She is taking part in crushing the dens of Daesh,” wrote one woman on Twitter, using an Arabic acronym for IS.

The UAE is a largely conservative Gulf state, where women citizens wear the traditional Islamic head cover and black Abaya loose cloak. But authorities in the oil-rich state have made efforts to put pioneering women forward and many women have assumed top government positions.