Rabat - Lindsey Van Gele, a candidate for the Miss Belgium contest 2012, has reportedly converted to Islam after marrying Mamoutou N'Diaye, a midfielder for Zulte Waregem, a Belgian football team. 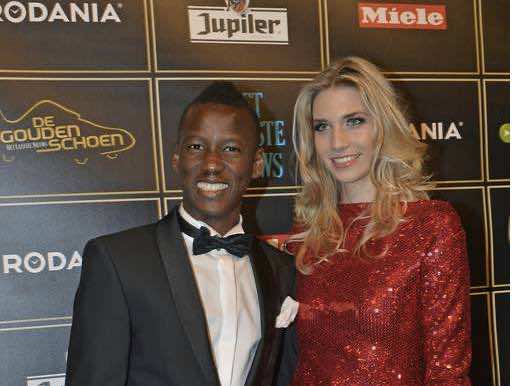 Rabat – Lindsey Van Gele, a candidate for the Miss Belgium contest 2012, has reportedly converted to Islam after marrying Mamoutou N’Diaye, a midfielder for Zulte Waregem, a Belgian football team.

Van Gele now calls herself “Aisha,” has given up alcohol and pork, and no longer wears short skirts. She refuses to show her body uncovered in events such as the Gala Golden Shoe.

This week, Lindsey was a guest on the show “Komen Eten Vier” with other women and girlfriends of Belgian footballers.

“I became a Muslim when Mamoutou asked for my hand. A civil marriage was not enough for me. Moreover, I wanted to support my conversion,” she said in Het Laatste Nieuws.

It has been four years since she married the Malian footballer, and two since she became a Muslim. Being a Muslim has not really changed her life, except that she now does not eat pork or drink alcohol. Lindsey says that she drinks soda and has recited a few sentences of the Koran to an imam, although she may not remember the sentences in detail. She meditates before going to bed, and says a prayer.

Lindsey studies management communication at Ghent University and hopes to finish her studies in 2016. She is looking forward to becoming a mother, and does not see becoming a stay-at-home mother as a problem, according to Belgian media reports.

Lindsey has agreed to keep to Islamic codes of dress out of respect for her husband, and refuses to wear miniskirts or shorts. She does not show her legs or chest as she used to in beauty competitions.