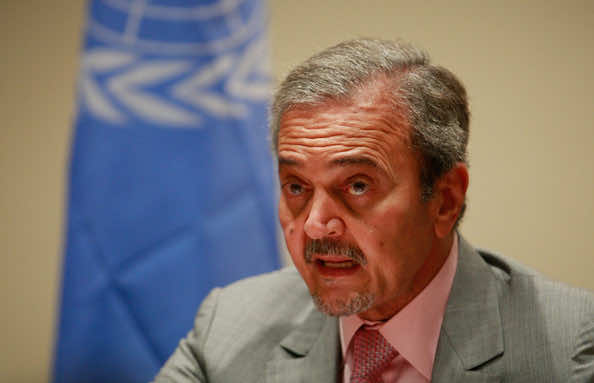 Speaking at the meeting of the UN General Assembly on Thursday, Prince Saud said that Saudi Arabia would take action against the terrorist groups ISIS and Al Qaeda while seeking international action to end the Syrian conflict.

He emphasized that Saudi Arabia supports the moderate Syrian opposition against the Assad government. He said that the battle against terrorism must begin with rectifying the injustice that caused it in the first place.

He said that the Syrian regime has “lost its legitimacy due to its inhumane practices and policies that have created a fertile environment for terrorism.”

Saudi Arabia is participating in the US-led air attacks on ISIS in Syria and Iraq, while European air forces are attacking targets in Iraq but avoiding bombing ISIS targets in Syria.

Prince Saud made it clear that “there is a need to end the conflict in Syria through a political settlement on the basis of the Geneva Declaration.”