New York -Rachid Halihal is one of Morocco’s best ambassadors of music and culture. Rachid plays what he refers to as organic music —authentic music that reflects the real spirit, art, and traditions of North Africa and the Maghreb. 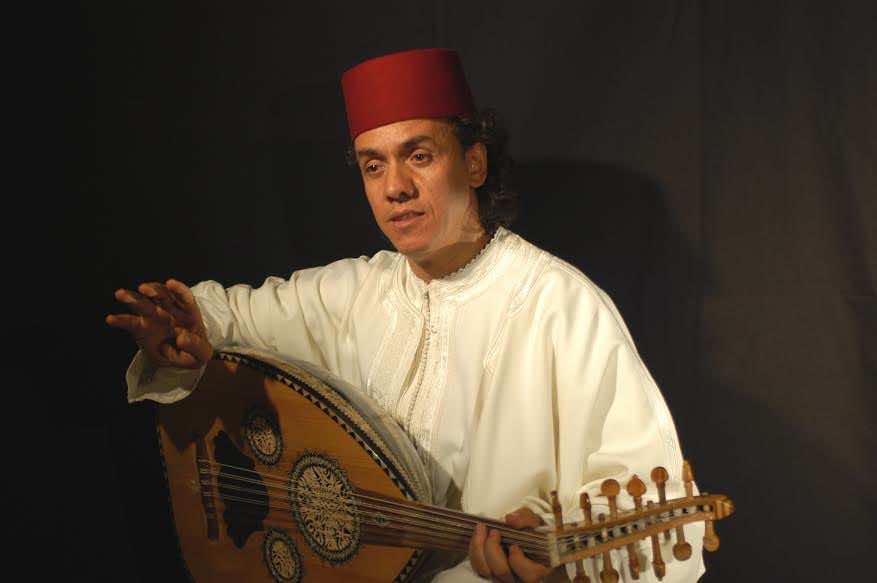 New York –Rachid Halihal is one of Morocco’s best ambassadors of music and culture. Rachid plays what he refers to as organic music —authentic music that reflects the real spirit, art, and traditions of North Africa and the Maghreb.

Rachid Halihal is a world class musician specializing in the music of Morocco, North Africa, and Andalusia.A classically trained vocalist and instrumentalist, he is a virtuoso on the Oud, the predecessor of the lute, and an accomplished violinist. 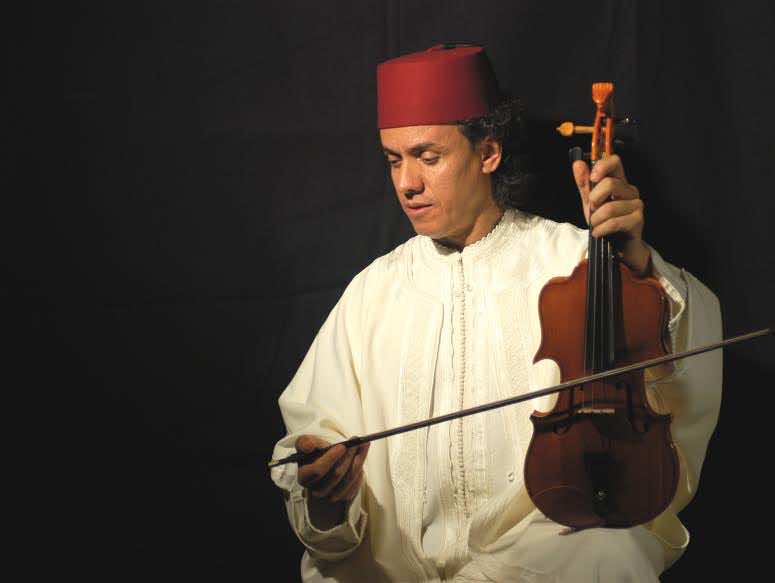 A native of Fez, Morocco, Rachid began his music studies at the age of fourteen at the Conservatory of Music in Fez. He has performed and given workshops internationally throughout Morocco, on the Ivory Coast, in the Arabian Gulf countries, in Finland, Canada, Panama, and throughout the United States. Rachid has played in Saudi Arabia with famous singers such as Mohammed Abdou and Majid Abdallah.

In 2000, Rachid was invited to Finland to play for the New Year celebrations with famous Algerian musician Cheb Khaled. Rachid enjoyed Finland so much that he moved there to live for a year. In 2001, Rachid was invited to give workshops and perform concerts in the United States. Since then, he has lived in several places in the U.S., including playing and teaching for seven years in Colorado. Before that, Rachid spent one year in San Francisco teaching and conducting the Arabic music ensemble Aswat.

Rachid now makes his home in New York City. He is the Artistic Director of the ensemble Layali Al Andalus, which since its founding in 2006 has performed in a many different venues in New York and elsewhere. Rachid took the ensemble to Washington D.C. in 2011, to perform with the Washington Revels in the Christmas Revels theatre production entitled Andalusian Treasures. In 2012, he collaborated with the Graduate Center at the City University of New York to found and lead a community instrumental and vocal ensemble called the NY Andalus Ensemble.

In May 2014, he performed traditional Andalusian oud music for His Excellency Ambassador Rachad Bouhlal, Morocco’s Ambassador to the U.S., at a white tie dinner celebrating Moroccan culture and cuisine at the prestigious University Club in Washington, D.C.

“Music brings people together,” says Rachid. “In my ensembles and my teaching all over the world, I have always welcomed people from different origins and different religions.  Arabs and Americans, Muslims and Jews, Christians and atheists, Buddhists and secularists have all played in my ensembles.” He stressed that, “Music can be a [driving] force for understanding and world peace.”