Marrakech - President Obama insists that he will not have “boots on the ground”in the fight against the Islamic State of Iraq and Syria (ISIS), but the line between a combat and an advisory role is perilously close, and memories of Vietnam still reverberate. 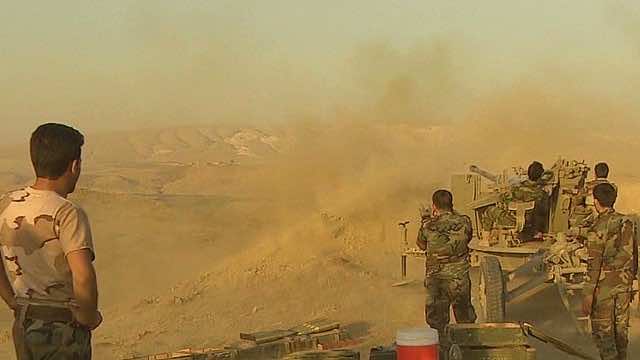 Marrakech – President Obama insists that he will not have “boots on the ground”in the fight against the Islamic State of Iraq and Syria (ISIS), but the line between a combat and an advisory role is perilously close, and memories of Vietnam still reverberate.

Some 1,600 U.S. troops are being sent to Iraq, and they could become both targets and victims of kidnapping. They could also find themselves victims of terrorist infiltrators in the Iraqi armed forces as happened with Afghanistan.

Several hundred more troops will work closely with Iraqi and Kurdish forces to train and advise them about how to fight ISIS on the ground.

Whether in an advisory or administrative role they run the risk of contact with the enemy and many, including Chairman of the Joint Chiefs of Staff Gen. Martin Dempsey and Defense Secretary of State Chuck Hagel, have acknowledged that anyone in a combat zone runs a risk. President Obama insists there will be no “mission creep.” Perhaps the differing points of view of those who have fought in combat and those who have not comes into play here.

General Martin Dempsey has openly disagreed with President Obama over the need for ground troops.

Coalition aircraft have at last begun to give air support to the hard pressed Kurdish Peshmerga troops defending Kobane, but ISIS trucks are still moving forward.

The New York Times (NYT) has reported on Iraqi troops trapped in locations without supplies of food and ammunition. It is extremely doubtful whether the Iraqi army will be able to stand up to ISIS. One is left looking for experienced ground forces able to combat ISIS. NATO’s largest army is of course Turkey. At the moment Turkey has closed its borders and is deeply worried, as always, by the PKK and the Kurds in Syria.

The U.S. is trying to persuade Turkey to take an active role against ISIS. It may yet succeed. The Jordanian army is highly professional and may be able to contribute a force, although it may have its hands full at home. Egypt may be able to provide troops, although Sinai and Libya may hold them back. This leaves Tunisia, Algeria, and Morocco. Tunisia and Algeria may be preoccupied with infiltration of terrorists from Libya and Algeria’s southern border. Certainly Algeria and Morocco have the largest armed forces in the region. It is too early to say what will happen.

The other factor is cost and efficiency: weapons costing millions are being fired off at trucks, machine gun emplacements and homemade ISIS refineries in Syria.

The Pentagon said that the cost of the U.S. military campaign against the Islamic State in Iraq and Syria is an estimated $7 to $10 million per day, according to the congressional website the Hill. The U.S. has made it clear that contributions from coalition partners would be welcome.